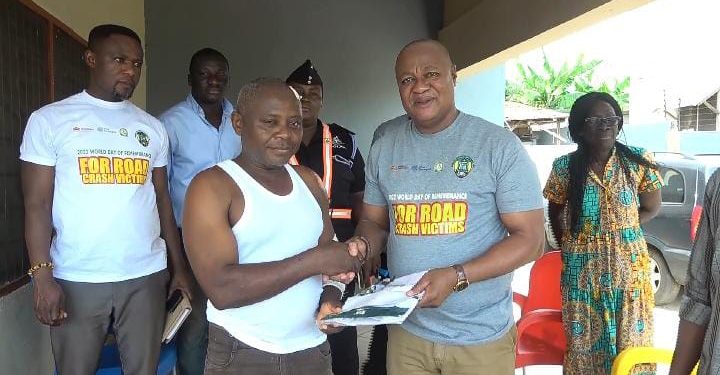 The Authorities at the Kumasi Metropolitan Assembly (KMA) have presented an undisclosed amount of money and items to some accident victims in the Ashanti region.

The assembly says it is embarking on the initiative in partnership with Bloomberg Philanthropies as part of the 2022 world day of remembrance for road crash victims.

Benjamin Quaye, who has worked as a driver for 22 years and was involved in a fatal crash on November 7, 2022 was part of the beneficiaries, as the Kumasi Mayor and team visited him in his house at Kwadaso.

“I am a driver and I pick up passengers from Kumasi to Half Assini. Upon reaching the bridge at Dunkwa, I attempted to dodge some potholes. It was in the night, so there was an oncoming vehicle whose driver used his light to alert me to give him the right of way, which I did, and he drove by. I was trying to dodge other potholes, but my back tyres burst. I tried controlling the vehicle, but my front tyres also burst. After that, we knew there was very little hope. The vehicle then fell into a ditch,” Benjamin Quaye narrated how the accident occurred to Citi News. 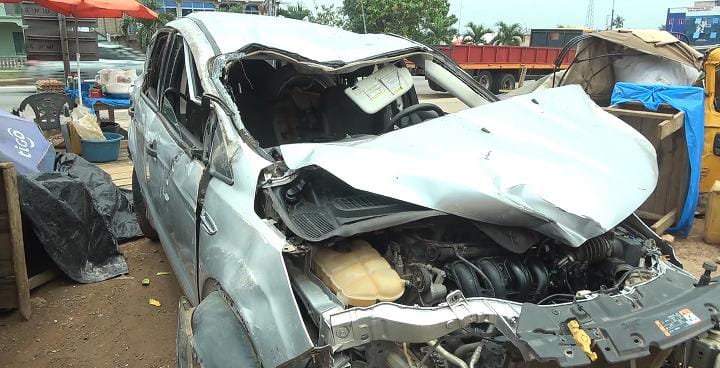 The assembly also presented cash and some items to the family of 29-year-old Bismark Nana Obiri Yeboah who was a student of Kumasi Technical University and was knocked down by a vehicle while crossing the road.

The KMA says its presentation is aimed at extending support to such accident victims.

The Kumasi Mayor, Samuel Pyne, used the occasion to caution road users to be vigilant on our roads.

“Those that we visited, even though some are recovering, you could see that the injuries caused them were too bad, but they are now doing well at home. There are others who lost their lives because of those ghastly accidents. What we are saying is that, drivers should be cautious. Whatever that they do, they should adhere to road safety regulations and pedestrians and other road users should be mindful of how they also use the roads.”

Organized labour, gov’t race against time on base pay ahead of 2023 budget reading

Organized labour, gov't race against time on base pay ahead of 2023 budget reading