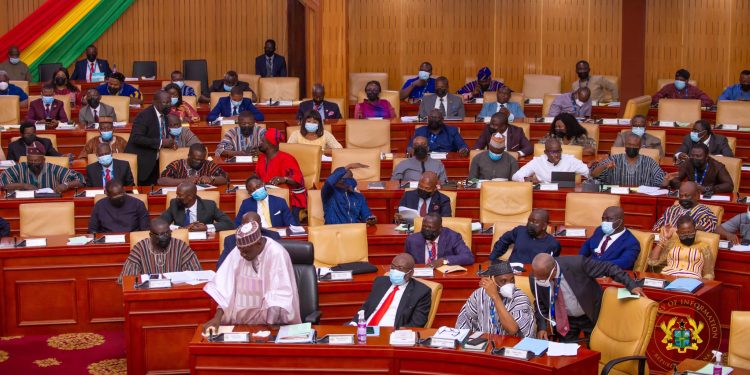 The Minority in Parliament has kicked against government’s request for parliamentary approval for three loan agreements amounting to $500 million.

This includes the request for $150 million for Primary Health Care Programme, $200 million to finance the Ghana Digital Acceleration Project and $150 million to support public finance management for service delivery programme.

Speaking to journalists after a Finance Committee meeting in Parliament, a member of the Committee, Thomas Nyarko Ampem said the approval of the loan would only worsen the country’s debt stock.

“We are unable to support further approvals for further loans because we believe that if you are in a hole, you don’t continue to dig further. One of the loans they are requesting is to support the GIFMIS project that was started previously. If you look at it critically, most of them are going into consultancy and other things. We don’t see, clearly, what these funds are going to add onto what we already have.”

The Minister for Communications and Digitalisation, Ursula Owusu-Ekuful announced further engagement with the Minority for them to reconsider the decision.

“The World Bank board has already approved it. They are willing and eager to give this money to us, but we cannot contract any loan without parliamentary approval.”

“In my intervention before the committee, I indicated that, we are having economic challenges, but digital technology provides us with a ladder to climb out of the difficulties we currently face so even though the Minority has taken a decision that they will not approve any loans presented before the Finance Committee, I urge them to take another look at their position, but we are going to have further engagements with them”, she said.

Organized labour, gov’t race against time on base pay ahead of 2023 budget reading