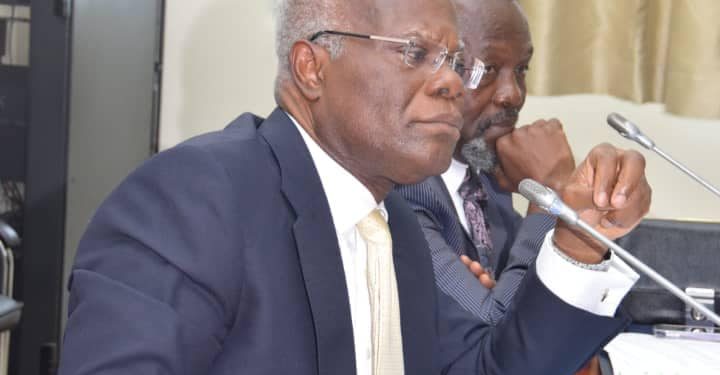 K.T. Hammond, the Chairman of the Parliamentary committee probing the censure motion against Finance Minister Ken Ofori Atta, has recounted his earlier claims that he doesn’t buy fuel.

K.T. Hammond on Tuesday suggested that he was unaware of the current fuel prices because he does not have a car and does not buy fuel.

His comment was a response to the Minority Leader, Haruna Iddrisu, on whether he had noticed the current fuel prices, during the committee hearing.

But reacting to backlash over his earlier comments, K.T Hammond sought to set the record straight, stating that Members of Parliament purchase fuel contrary to his earlier claims.

The parliamentary committee resumed sittings on, Thursday with an appearance by the Public Interest Accountability Committee (PIAC) and the Ghana National Petroleum Corporation (GNPC).

In a Facebook post, the North Tongu MP, Samuel Okudzeto Ablakwa, said PIAC and GNPC are expected before the committee at 11 am today.

GNPC is the state agency responsible for the exploration, licensing, and distribution of petroleum-related activities in Ghana, while PIAC is an independent statutory body mandated to promote transparency and accountability in the management of petroleum revenue in Ghana.