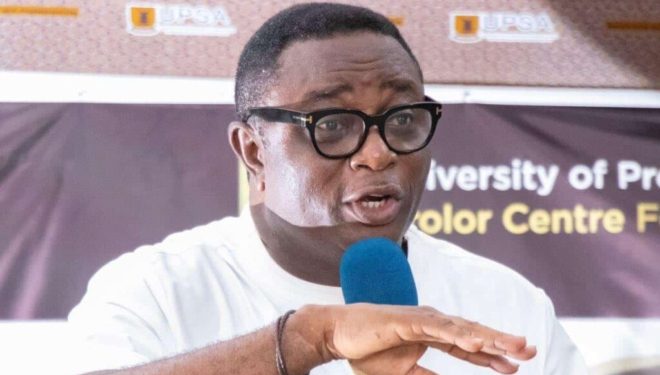 The National Democratic Congress, (NDC) Youth Forum, after declaring its unflinching support for Elvis Afriyie Ankrah for the General Secretaryship position in the upcoming National Executives elections, has taken steps to canvass for votes from the delegates for him.

According to the group, it has adopted a number of measures to ensure a landslide victory for Elvis Afriyie Ankrah to enable him to take the NDC to the next level.

A statement signed by the Secretary of the Forum, Osman Iddrisu Banpuori read in part: “Afriyie Ankrah is someone who does not throw buzzwords around, he is a man of his words, a trailblazer, gypsy, pathfinder and an innovator, and we are sure that his victory would come like a tsunami. It is for this reason that we think after declaring our support for him, we must also deploy our members to the political market to ensure we get the required votes for a resounding victory.”

“We know he would win, but we don’t want to leave any stone unturned like I said earlier we want him to win convincingly which is why we have taken this step”.

“His messages are explicit and devoid of ambiguity which includes establishing a sustainable welfare-based reward system for the human resource of the Party (Proposals for Constituency led appointment of 1 Presidential Staff per Constituency and MMDCES), leading the Party to be self-sustaining financially by deploying innovative mechanisms to raise funds both locally and internationally, identify talented People within the Party, train and strategically position them in business, academia, entrepreneurship, trade, and all spheres of endeavour and also an IT-backed election management system based on data analytics, harmonized collation, and transmission,” it said.

“We so far commend him also for a clean campaign that he has embarked on and we are convinced that victory would be ours come December.”

The NDC Youth Forum, therefore, urged delegates of the party to vote massively for Afriyie Ankrah in the December 17, 2022, national executive elections of the party.