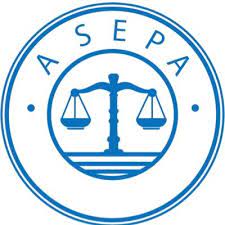 The Alliance for Social Equity and Public Accountability (ASEPA) is calling for the strengthening and enforcement of the asset declaration regime in the country to help cut the rates of public officeholders unlawfully enriching themselves using the offices they occupy.

Executive Director of ASEPA, Mensah Thompson, said the law must be enforced to the latter to compel people to declare their assets before going into public service against the current oversight plaguing the public service in the country.

Speaking to Citi News, Mr. Thompson said:  “We need to strengthen the Asset Declaration regime we have in this country. The current law doesn’t serve any purpose because you can’t see the declarations of Public Officeholders even after four years of the declarations”.

“The law is not serving the purpose, and we need to reform the law and make it stronger and more transparent enough to serve the purpose.”

The Commission on Human Rights and Administrative Justice (CHRAJ) has also recently commenced investigations into over 400 public officials who have failed to declare their assets, and nothing is yet said about the progress of that investigation.