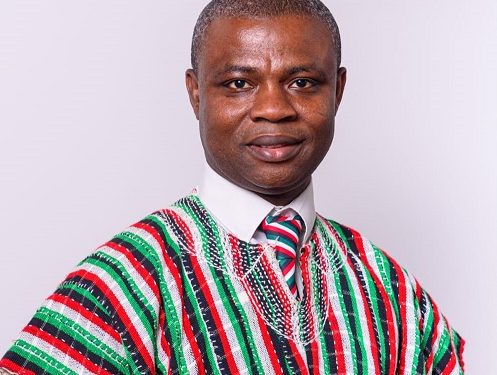 A UK-based Ghanaian chartered accountant and auditor, Conrad Dumbah, has officially launched his bid to become Chairman of the NDC-UK & Ireland Chapter.

According to Mr. Dumbah, he is in the race to build a strong and resilient chapter to assist the party recapture power and kick out the NPP in 2024.

Touching on his manifesto during the virtual launch of his bid on the theme “Building a stronger and resilient chapter to agenda 2024, Mr. Dumbah promised to strengthen the UK and Ireland chapter of the opposition NDC and ensure its expansion.

According to him, achieving the above will ensure the chapter is put on a sound footing for the future.

Dumbah disclosed funding sources of the chapter will be diversified to target a six-figure sum to support the party’s 2024 campaign to recapture power from the governing New Patriotic Party.

Dumbah also congratulated the winners of the recently held regional elections of the NDC. The opposition party over the weekend elected regional executives across the country, with some regions still outstanding.

Dumbah urged the newly elected executives to work in the interest of the party. He also appealed to the winners to bring on board the defeated aspirants in their quest to secure victory for the party come 2024.

Mr. Dumbah also urged the defeated candidates to avail themselves whenever called upon to work in the interest of the party for victory in 2024.

He singled out winners of the branch elections in the UK and Ireland Chapter of the party for special congratulations. He appealed to them to stick together and work collectively to better position the party for the impending chapter elections and national executive elections next month.

According to him, in spite of the recent economic crisis Ghana finds itself in, the NDC needs to work hard to assure Ghanaians it has answers to the country’s economic problems. He has therefore appealed to the party delegates to elect persons with the required experience and competence to help steer the affairs of the party back into government.