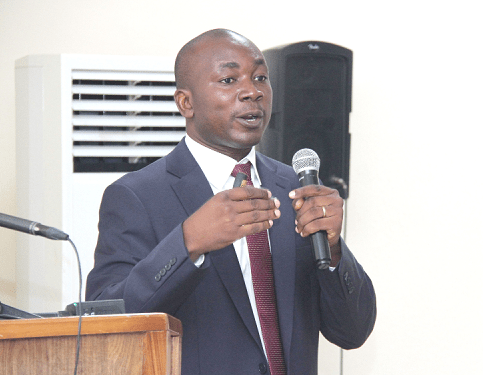 An economist and Professor of Finance, Professor Godfred Bokpin says the government has been hit with the reality that the only way to rescue the economy is to undertake a debt restructuring programme as announced by the Finance Minister, Ken Ofori-Atta on Sunday.

Speaking on the Citi Breakfast Show on Monday, December 5, the Senior Lecturer at the University of Ghana said the measures announced by the government are necessary to meet the conditionalities set by the International Monetary Fund to qualify for a bailout.

“The government is now coming to the reality. We had said that where our debt level had reached, we were in a deep distress category and that fiscal adjustment alone will not be enough to meet an IMF condition for a facility and that some level of debt restructuring was unavoidable that would translate to realized investor loses simply put haircuts…so we are not surprised.”

Professor Bokpin also suggested that claims by the President and the Finance Minister that there will be no haircuts are deceptive and not entirely factual.

“Do not let anyone deceive you or your listeners. In Finance, any decision that dislocates the investor from the original position, or if the present value of the new debt at a new interest rate or at a new maturity is different from the present value of the original debt that difference is technically called realised investor loses, the street word for it is haircuts,” Professor Bokpin said.

The government has, however, announced that there will be no haircut on the principal of bonds, adding that individuals with government bonds will have their full investments upon maturity.

In a public address on Sunday, December 4, Mr Ofori-Atta said the government will ensure that people’s investments are safe. He further announced that interest payments for domestic bondholders for 2024, will be pegged at only 5% adding that from 2025, the rate increases to 10%.

“Under the domestic bonds exchange programme, domestic bondholders will be asked to exchange their instruments for new ones. Existing domestic bonds as of 1st December 2022 will be exchanged for a set of four new bonds maturing in 2027, 2029, 2032 and 2037.

“The annual coupon on all these bonds will be set at zero percent in 2023, 5 percent in 2024 and 10 percent from 2025 until maturity… In line with this, treasury bills are completely exempted, and all holders will be paid the full value of their investments on maturity. There will be no haircuts on the principal of bonds, and individual holders of bonds will also not be affected.”