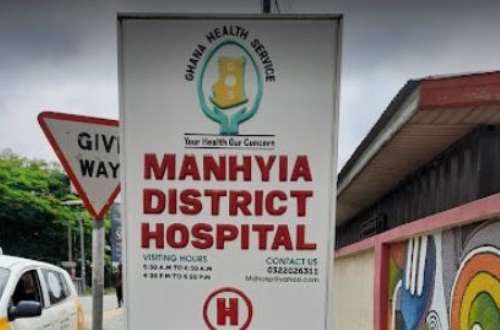 Healthcare delivery at the Manhyia District Hospital in Kumasi, Ashanti Region, has been brought to a halt following an indefinite strike by nurses and Midwives at the facility.

Patients on admission who are in critical condition have been referred to other facilities, while those nearing recovery have been discharged and asked to continue treatment at home.

This comes after the nurses and midwives complied with their leadership’s directive for them to embark on strike after the Director of the National Service Scheme in the region verbally abused a nurse at the facility.

The leadership wants Mr. Alex Opoku-Mensah to be dismissed with immediate effect before calling off the strike.

Patients and their relatives have thus been left stranded and frustrated.

Emmanuel Appiah Agyapong who visited the facility told Citi News that he was forced to take his relative to a different hospital due to the transfer.

Mr Agyapong told Citi News that the situation is unfair and called on the government to step in and ensure that the issue is quickly resolved since lives are at risk.

Doctors at the various wards insist discharging and referring patients on admission is the only option available to them due to the strike.

The NSS Director incurred the wrath of the nurses after he was heard in an audio verbally abusing a nurse at the Hospital after she had a misunderstanding with his daughter, who is a doctor at the facility.

He has since been suspended pending investigations.

Speaking to Citi News, the Ashanti Regional Vice Chairman of the Ghana Registered Nurses and Midwives Association, Philemon Adu Brempong stated that they will not relent on their demand until Mr Opoku-Mensah is sacked.