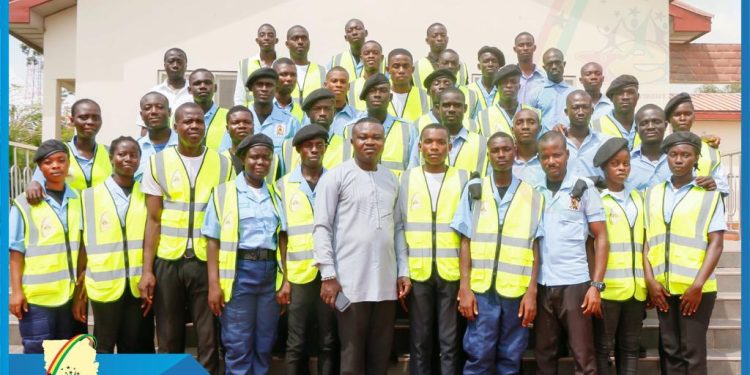 The Youth Employment Agency (YEA) has increased the monthly allowances paid to the Community Protection Assistants (CPAs) by about thirty percent.

This was revealed by the Deputy Chief Executive Officer (Operations) Alhaji Bashiru Ibrahim at a short ceremony in Accra on Monday 5th December 2022 to symbolically climax the successful completion of their training programs, held simultaneously, for the first batch of the newly trained CPAs across the country. 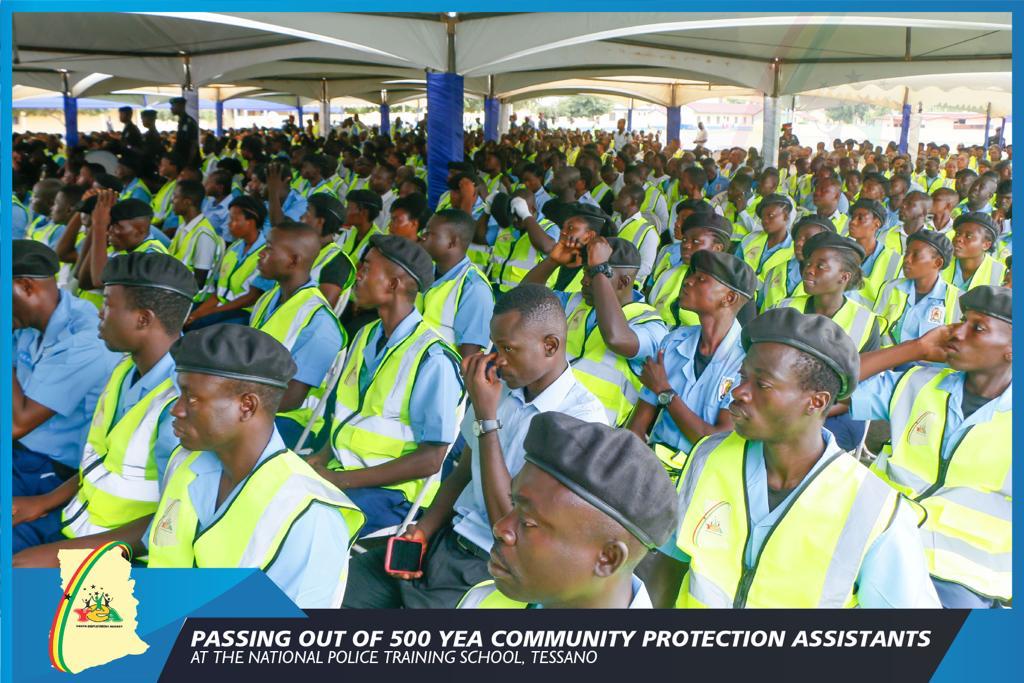 With the upward adjustment announced at the passing-out ceremony, the beneficiaries would now receive a sum of GH¢500 as their allowances effective January 2023.

This first batch of the CPAs numbering five thousand (5000) beneficiaries represented one-third of the fifteen thousand (15,000) young men and women who are being recruited across the country over the next three months to assist the police in community security.

The training arrangement followed an existing Memorandum of Understanding between the YEA and the Ghana Police Service (GPS) to provide an auxiliary role in the Service and help the police maintain law and order in the communities.

The rest were Crime Prevention Methods, Basic Education on Terrorism and Domestic Violence, Ethics and Code of Conduct for Law enforcement Officials, etc.

The outstanding ten thousand (10,000) youth representing the next two batches of young men and women are waiting to have their turn in the training program. 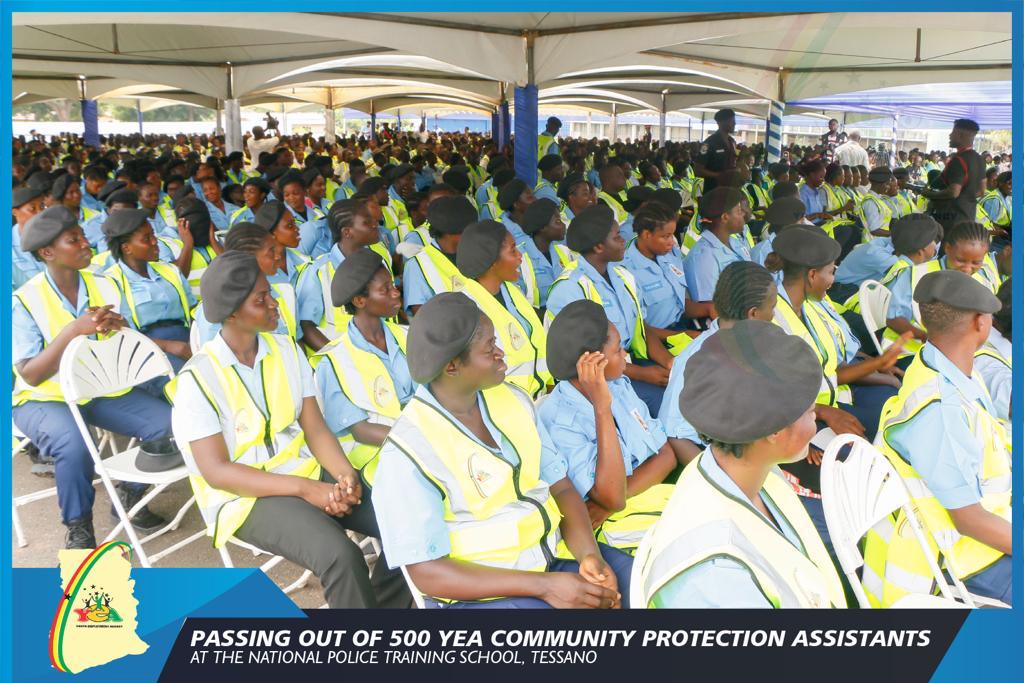 In his remarks, the Deputy CEO noted that the day could be termed as a mission accomplished because it was in consonance with the core mandate of the Agency to create jobs for the youth.

He reminded the youth about their description in the concept paper as CPAs with the responsibility to assist the police at the community level but not to consider themselves as an integral part of the mainstream Police personnel.

He explained that since Community policing was the knowledge imparted to them, they were expected to hold on to that role and serve as good ambassadors of the Agency.

He, however, cautioned that the Agency would not hesitate to dismiss any CPA who misconducted himself or herself in the course of discharging their duties by arrogating to themselves status of police officers and officer ranks to misrepresent themselves and thereby mislead the public.

He said such conduct was unacceptable and went on to cite an example of a CPA who made such false misrepresentation about himself to people in the area where he had been deployed to assist the police.

He urged the CPAs to comply with the rules and regulations governing their training at the NPTS to open windows of opportunities for them in future recruitments into the mainstream service.

He also hinted that in line with the vision of, His Excellency the President, to address youth unemployment, the Agency was poised and committed to that vision and had already taken steps with recruitment drive into the traditional modules.

Aside from the 15,000 CPAs, he cited examples of 6,000 youth into the Community Health Workers (CHWs) module, training some 2,000 for the Prisons Office Assistants Module, some 3,000 youth being considered for Fire Assistants Module, over 700 youth to be engaged nearly next year as Artisans in the road construction space and hoped to recruit at least 37,000 youth, in total, before the end of 2023.

He explained further that the Ekumfi Juice Factory and the Komenda Sugar Factory are some areas the Agency had begun talks to enter into partnerships to create jobs for the youth in those communities and beyond.

In his welcome address, the Commanding Officer of the NPTS, Chief Superintendent of Police Mr. Samuel Asiedu Okanta, described the training program as a success due to the manner the trainees conducted themselves and the fact that most of the trainees had previous experience and knowledge about the CPAs work. 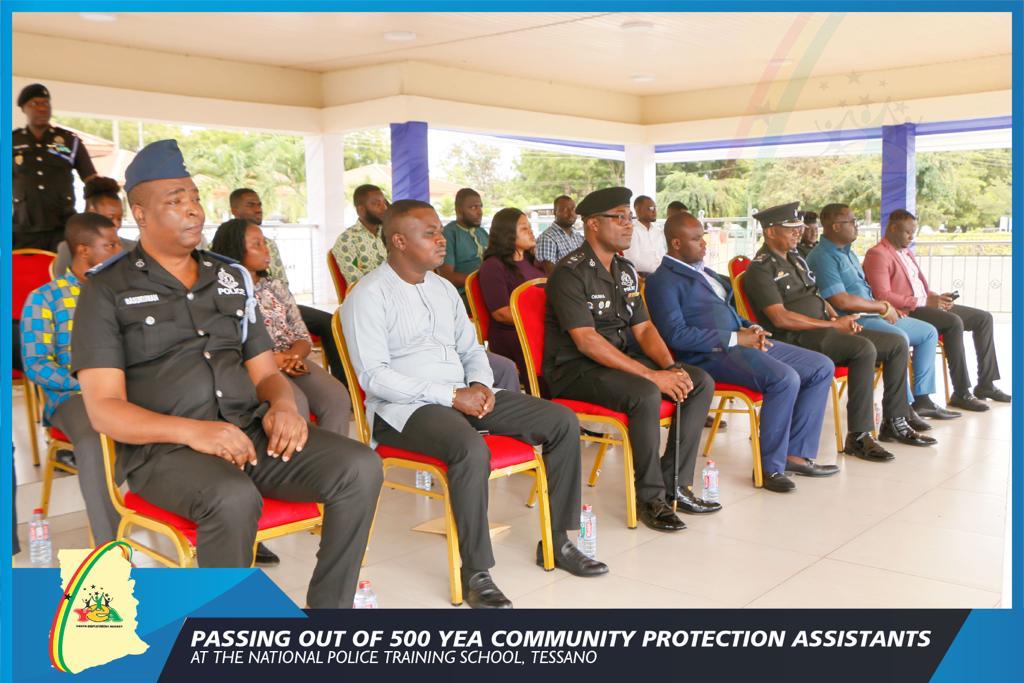 In his words of advice, he entreated the graduating personnel to be disciplined at all times and endeavor to be civil in their dealings with members of the public.

“You are to assist the Police to maintain law and order and win the hearts and minds of people whom we are mandated to serve with honor and integrity. You should respect and protect human dignity, maintain and uphold the human rights of all persons you will come across in the course of performing your duties as CPA personnel” he explained.

He reminded the CPAs of the vision of the Ghana Police Service to become a world-class Police Service capable of delivering planned, democratic, protective and peaceful service up to the standards of international best practice.

He, therefore, challenged them, in the face of scorn or ridicule from the public, to maintain their calm composure and always ensure whatever they did as CPAs was legal, professional, and conformed to international best practices. 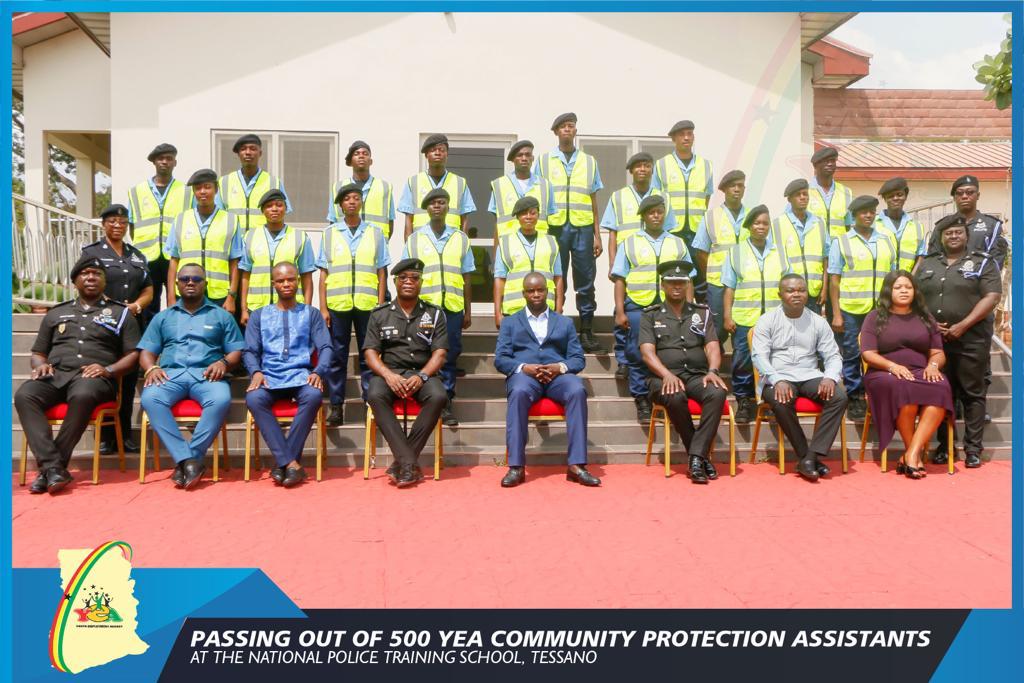 The Commanding Officer noted that Policing was a shared responsibility and therefore entreated the public to cooperate with the CPAs and Members of the GPS to furnish them with the necessary information which would help the police to arrest criminals and miscreants who try to disturb the peace of the larger majority in our democratic dispensation.

I've invested in Ghana's railway sector than any gov't - Akufo-Addo