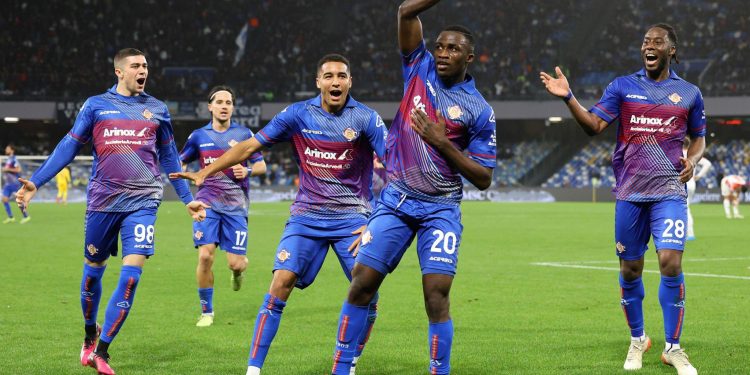 Black Stars forward Felix Afena-Gyan starred in US Cremonese’s shock win over Napoli in the Coppa Italia Round of 16.

The young forward who turns 20 on Thursday, January 19 scored a late equalizer to tie the game at 2-2 before scoring the winner in the penalty shootout.

Despite failing to score in nine league games in his debut season with Cremonese, Afena-Gyan has been effective in the Coppa Italia; he has registered two goals in two appearances.

The win over Napoli puts Cremonese into the quarterfinals of this season’s Coppa Italia and sets up a meeting between Cremonese and AS Roma.

The game is scheduled to take place at the Stadio Olimpico on February 1 at 17:00 GMT.

The draw means Afena-Gyan is set to face his former team; Roma sold Afena-Gyan to Cremonese this past off season after breaking into Roma’s main team.

His debut campaign at the senior level was largely successful as Afena-Gyan featured on the Roma team that won the maiden UEFA Europa Conference League title.

On the international front, Afena-Gyan was heavily featured in Ghana’s qualification run to the 2022 FIFA World Cup in Qatar but missed out on getting selected to the team that eventually played in Doha.