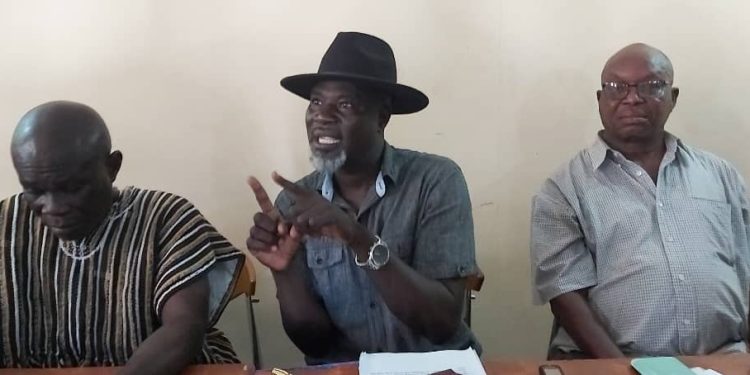 Talensi Small scale miners who have surrendered their concessions to Earl International Group Ghana Gold Limited in the Talensi District of the Upper East Region are demanding a retraction and an unqualified apology from a civil society organization, Development Research and Advocacy Centre (DRAC) or incur their wrath over malicious allegations.

According to the miners, allegations of fraud leveled against Unique Mining Company Limited, abuse of office by the Upper East Regional Minister, Stephen Yakubu, and abetment of crimes alleged by DRAC are unfounded and targeted at defaming miners and state authorities in resolving the impasse between small-scale miners and Earl International Gold Limited.

In a rejoinder to journalists in Bolgatanga, the zonal secretary of the association, Azumah Tule, chided DRAC for failing to do due diligence before making the allegations and thus called on DRAC to render an unqualified apology.

“We, members of the small-scale miners association are angry, annoyed, wild, and above all perturbed about broad day fabrications leveled against ourselves and revered authorities, and we want as a matter of urgency, this fake group (DRAC) and their paymaster to come out to apologize unreservedly to us otherwise we will appropriately advise ourselves.”