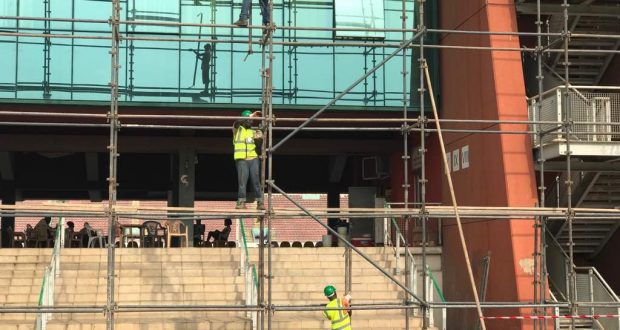 The renovation works which began on Wednesday are expected to last for six months and will be completed in September, two months before the commencement of the Women’s AFCON which begins in November.

Both Accra Hearts of Oak and Inter Allies have been cleared by the National Sports Authority to host their home fixtures for the upcoming Premier League season at the Accra Stadium.

Asked if he would recommend the use of the stadium during the renovation works, Gyebi said: “I will not recommend that at all, it shouldn’t be used for any activity.

The structural integrity of the facility should not be compromised by extra activity during the works. We cannot open the place to everyone.”