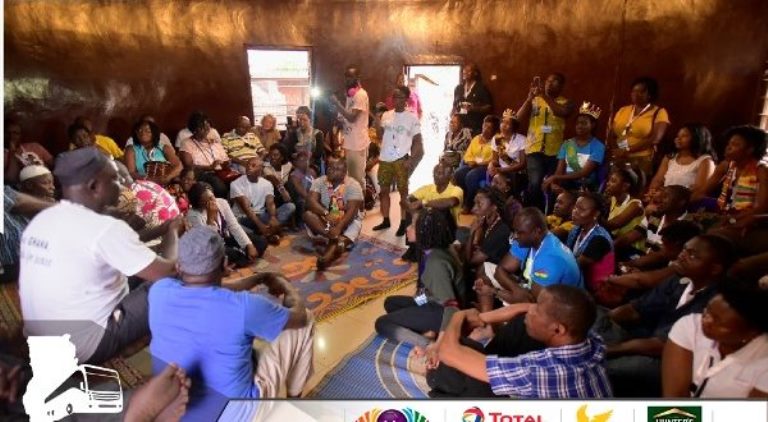 Patrons of The Heritage Caravan on Tuesday paid homage to the Chief of Tamale at the Dakpema Palace in the Northern Region.

The Caravan made a stop in Tamale late Tuesday afternoon after departing from Kumasi in the Ashanti Region. They had dinner at the Modern City Hotel in Tamale where they were treated to a live band music.

Tamale is the Caravan’s transit point to the Upper West Region where the team will visit the Wechiau Hippopotamus Sanctuary. The Sanctuary is a unique community-based project which has over the years preserved wildlife and the environment of a 40km stretch of the Black Volta River in the region.

The river was made a Sanctuary by local chiefs in 1999. The Caravan has so far toured, the Greater Accra, Volta and Ashanti Regions. The Caravan will move to the Upper West Region on Day of the trip. The third edition of Heritage Caravan is sponsored by Total Card, GCB, Hunters and powered by Citi TV.