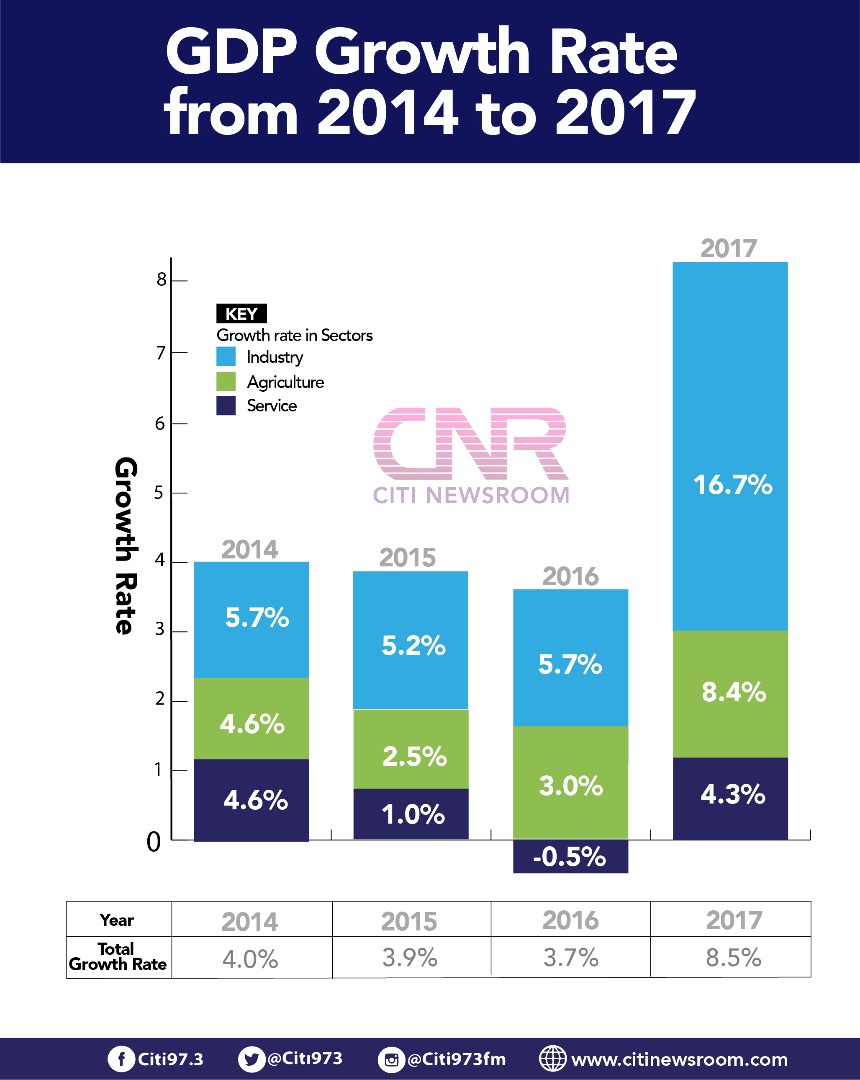 Fiscal consolidations embarked upon by government seem to have yielded some results as provisional figures recorded by the Ghana Statistical Service show that the country saw the highest GDP growth rate in the last five years.

According to provisional figures from the Ghana Statistical Service, the 8.5 percent GDP growth rate showed that the figure is the highest rate in the past five years.

The industry sector showed a massive rebound from negative 0.5 percent in 2016 to 16.7 percent.

The main driver for the industry growth rate was due to about 80.4% rise in the oil and gas industry in 2017. In addition, the agriculture subsector also increased to 8.4 percent in 2017 from 3.0 percent recorded in 2016.

The service sector, however, saw a drop from 5.7 percent to 4.3 percent. Deputy Government Statistician in charge of operations Anthony Amuzu explains why there was a drop.

“The drop in the contribution of the services sector for the year 2017 can be attributed to the performance of the banking and financial sector which did not perform too well in the year”, he explained.