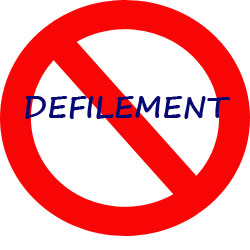 Police Chief Inspector P. K. Abochi told the court presided over by Mr. Mathew Anor Keremamteng, that both the victim and the suspect lives in the same vicinity at Goaso Zongo.

[contextly_sidebar id=”xchlqloGTgNXkpRv6lfwFQtmP2Yidkik”]He said on March 31, 2018, the suspect was returning to the house from work when upon reaching Goaso SDA school, he saw the victim playing with her colleagues.

Awudu Saani then lured the 9-year-old into one of the classrooms and sexually abused her.

He said the suspect after the act, asked the victim to go out of the classroom.

The victim narrated her ordeal to a police officer deployed to the area which subsequently led to the arrest of the suspect.

The victim was taken to Goaso Government Hospital for treatment where doctors confirmed the act.

The suspect has pleaded not guilty, and was remanded to reappear in court on April 18, 2018

Joseph Esso: Hearts of Oak have a new kingpin