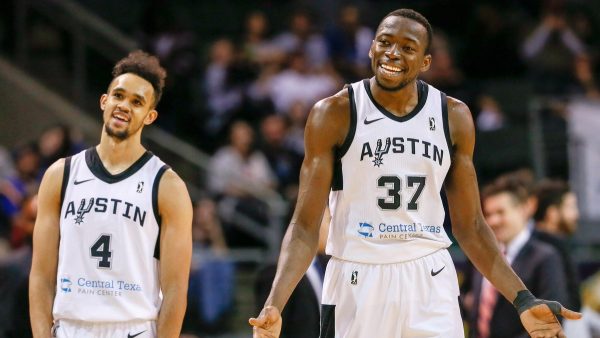 The first of a possible three game stand between Raptors 905 and Austin Spurs in this season’s NBA Gatorade League ended in a big win for the latter.

Austin Spurs beat Raptors 105-93 early this morning at home at the HEB Center to take a lead in the finals series and a chance to clinch a second G League title.

For the second game in a row, Brimah was scoreless after attempting and missing two shots from the field; in the Western Conference final, he did not attempt a shot in his time on the court.

Spurs have been ultra aggressive on defense in the playoffs tasking Brimah and starting Center Matt Costello to clamp down on opponents.

Both men have responded and Costello delivered a postseason record 11 blocks in the previous game before delivering six against Raptors.

Point Guard Derrick White continues his dominant play in the postseason as he registered 35 points in the win.

Fabin: Players slept on the job against Ash Gold