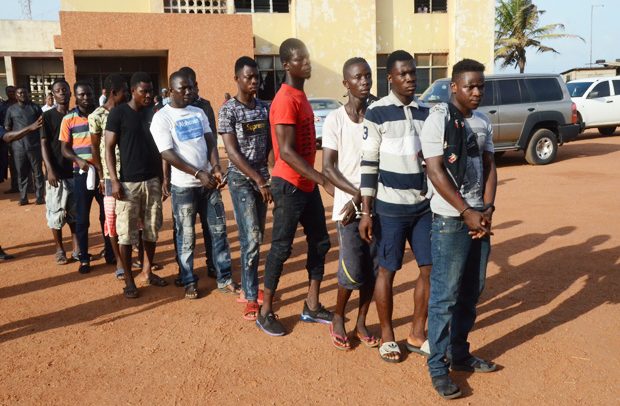 There was drama in court today [Monday], as one of the jurors selected to be part of a jury for the trial of those accused of the murder of Major Maxwell Mahama, pulled out of the panel.

The juror, who was selected to complete the seven-member panel, begged the court to allow her to recuse herself from the trial.

According to her, she was not interested and comfortable being a juror in the case.

Her withdrawal left the panel incomplete, and forced the court to adjourn hearing again.

This is the second time the impaneling of a jury to hear the case has failed. Last week, the accused persons rejected eight out of fourteen people who were presented to be selected to form the seven member panel.

The rejection of the eight, which was within the rights of the accused, left a vacant position to be filled to make the panel complete.

The late Major Mahama was gruesomely murdered by the people of Denkyira Obuasi, now known as New Obuasi, on suspicion of being an armed robber.

His death drew derision from the majority of Ghanaians who condemned the act of mob justice.

Investigations were subsequently opened into the matter, with about 35 people discharged during the comital process at the district court leaving fourteen people.

The case is expected to be recalled on 25th of April.