Frances Essiam ‘shuts down’ Ghana Cylinder company over scuffle with Board 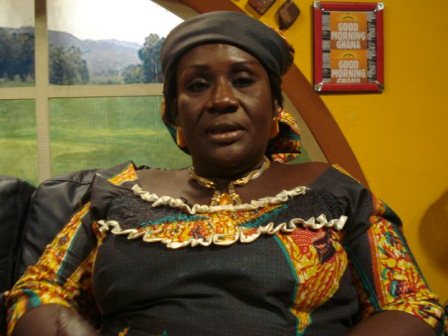 The Board members of the Ghana Cylinder Manufacturing Company (GCMC) were today, Tuesday, May 8, 2018, locked out of the company’s premises allegedly on the orders of the Chief Executive Officer of the company, Frances Essiam.

This follows an impasse between the CEO and the company’s Board of directors. Customers were also compelled to leave without their cylinders.

The board had reportedly queried Madam Essiam over claims that she has mismanaged GCMC, and also awarded some contracts without the approval of the Board or the Energy Ministry.

A letter from the company’s Board had warned Madam Essiam to stay off the disbursement of a GH¢5million stimulus package sought by the government for the company. 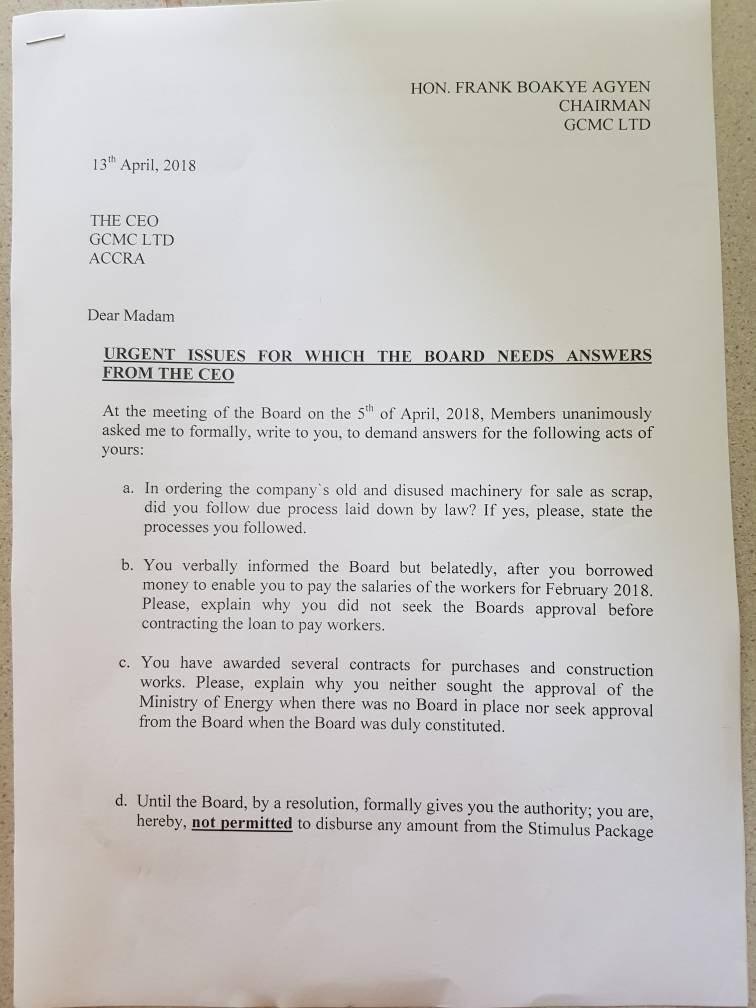 The letter titled: ‘Urgent issues for which the board needs answers from the CEO’ dated April 13, 2018, and signed by the Board Chairman, former Effiduase-Asokore MP, Frank Boakye Agyen, questioned why Madam Essiam never sought approval from the Ministry of Energy before awarding several contracts.

“You verbally informed the Board but belatedly after you borrowed money to enable you to pay the salaries of the workers for February 2018. Please explain why you did not seek the Board’s approval before contracting the loan to pay workers” the letter said.

“….at the meeting of the board on the 5th of April 2018, members unanimously asked me to write to you to demand answers for the following actions of yours; in ordering the company’s old and disused machinery for sale as scraps, did you follow the due process laid by law? If yes, please state the processes you followed,” it added.

Madam Frances Essiam has however denied the claims.

Meanwhile, the Chairman of the Board, Boakye Agyin, told Citi News that the decision to close down the company is in bad taste.

He said the board would hold an emergency meeting later today [Tuesday] at a different venue, to discuss the way forward.