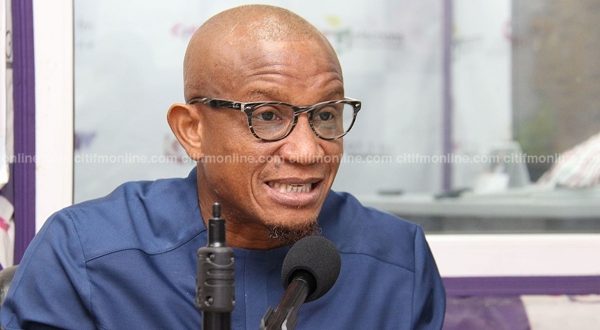 The Minister of information, Mustapha Hamid, has assured that the Akufo-Addo government will not shield anyone who attacks journalists in the country, but will instead allow the law to take its full cause.

Mr. Hamid gave the assurance on the Citi Breakfast show today [Wednesday] on the back of the backlash the governing New Patriotic Party has received in the last few days because a known activist of the party, Hajia Fati, slapped a journalist.

“…As Ministry of Information and for that matter as a government which has a president who touts his own credentials as a human rights lawyer…I think that we would have to ensure that when such things happen, the perpetrators are investigated and at the end of the day punishments are meted out to people who perpetuate these things,” Mr. Hamid told host of the Citi Breakfast Show Bernard Avle.

[contextly_sidebar id=”O9Xkh3hipuSpjoR8VvkO47j8p43hOri1″]Ghana was adjudged number one in Africa and 23rd in the world in the 2018 World Press Freedom Index.

The Media Foundation for West Africa (MFWA), in its recent report, revealed that a total of 17 Ghanaian journalists had been abused since January 2017 with the recent one being an attack on an Adom FM reporter by Hajia Fati at the NPP’s head office last Friday.

The reporter said she had attempted taking a photo of the incident when she was slapped.

Ghana to drop on Freedom Index

Mustapha Hamid further in the interview lamented that Ghana’s rating could drop on the World Press Freedom Index if such incidents persist.

“Moving to 23 and subsequently number one in Africa showed that the world recognizes that we are indeed a free country for the practice of journalism, and therefore coming barely days after will be a dent on the Ghanaian reputation across the world, especially so when many countries at the world freedom day said that they were looking to dethrone Ghana in the coming years. So incidents like this, if they occur one, two or three times, you can be sure that we would begin to slip on the ratings. Not necessarily for rating purposes, but indeed for our image as a democratic country,” he added.

Hajia Fati had explained that the lady she assaulted didn’t appear as a journalist and that she looked like “an onion seller.”

Meanwhile, the NPP has condemned the attack saying “No journalist should feel intimidated and must continue to discharge his/her duties without fear.”