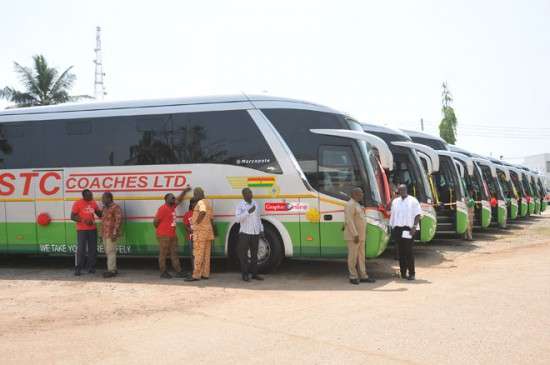 The Managing Director of STC, Nana Akomea, has said the transport company intends to procure 100 more buses to augment their fleet before the end of the year [2018].

Speaking to Citi News, Nana Akomea said STC currently has a fleet of 60 buses, 50 of which were purchased by the previous administration.

“What the NDC did is that they bought 50 buses for us. Now I think we have just about 60 but we’ve made serious arrangements to get 100 more by the end of the year.”

He added that despite the challenges faced by the company and the relatively larger sizes of the fleets of competitors, STC’s reputation and new buses could help the company retain its customer base.

“The transport business is big, very big; STC is STC. VIP for example, the private sector, excellent business that they run, they have over 500 buses, we have 50 or 60.”

The government in July 2017, said it would purchase 800 new buses for the Metro Mass Transit and Inter-City State Transport Corporation.

The Minister of Finance, Ken Ofori Atta, who revealed this when he delivered the mid-year budget review in Parliament, said in all, 200 of the buses would operate on compress natural gas while the 600 others will operate on diesel.

“…As part of Government’s effort to improve public mass transportation, the Ministry initiated processes for the acquisition of buses for the two Public Bus Companies. The objective is to improve the current bus fleet of Metro Mass and Inter-City State Transport Corporation (ISCT). In all, a total of 800 buses will be acquired. These include 200 Compress Natural Gas (CNG) and 500 diesel buses for the Metro Mass Transit and the remaining 100 diesel buses for ISTC.”

Services to the people

Nana Akomea believes that for STC to challenge the larger private transport companies like VIP, it needs to make its services more accessible to the public.

He said the company had already taken steps in this direction by establishing a presence at the “lorry parks” at Circle, and Adum aside from their main terminals.

Mr Akomea added that there were plans to put buses at other lorry stations.

“At STC, we are doing a few things that are quite exciting. The first major strategy is to take the bus service to the people. Traditionally we’ve had the terminals in the cities. But the dynamics of intercity transport has changed. 90% of travellers take trotros from wherever they live to the “lorry parks” at Circle, Tudu, Kumasi and Tema station, among other places. They then have the additional problem of finding transportation to the terminals.

“There is a situation where major competitors are sitting at the lorry parks so why would a passenger ignore them and walk to our terminal. So to make STC relevant, we moved to Circle, we got a station there. The same problem presented itself in Kumasi where we have a big nice terminal at Adum but no one went there. When we get new buses we will move to the Ashaiman and Madina lorry parks.”