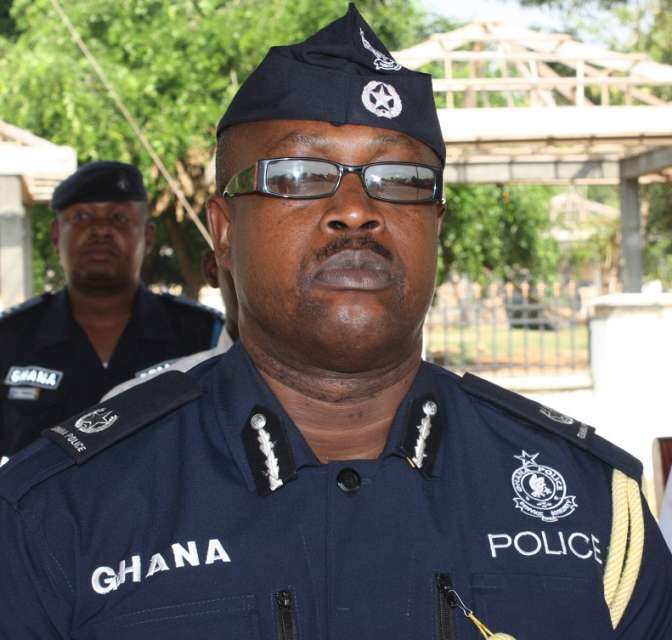 The Ghana Football Association (GFA)’s Ethics Committee, headed by the Director of the Police Intelligence and Professional Standards (PIPS) Bureau, COP Kofi Boakye has been tasked to look into the allegations of bribery and corruption against some officials of the Association.

COP Boakye, who has chaired the GFA’s Ethics Committee since 2016, will lead investigations into the conduct of FA officials who were caught on tape by Anas Aremeyaw Anas and his TigerEye PI team allegedly taking bribes among other acts of misconduct to manipulate Premier League games and player selection for the national teams.

[contextly_sidebar id=”ztcwBEhKreH6dbJpc0UGuYhx1VOnNB87″]This was contained in a statement issued by the Association on Saturday, June 10, 2018, following a meeting by its Executive Committee days after the public viewing of an investigative film by Ghanaian journalist Anas Aremeyaw Anas that highlighted deep-seated corruption in Ghana football.

COP Kofi Boakye has a great reputation for his tough, no-nonsense approach to dealing with crime. He commands a lot of respect among sections of the public for his fierce fight against crime, especially robbery across the country.

The GFA in its statement on Saturday said;

“All Officials of the GFA, shown to have allegedly committed various acts of misconduct, in the Tiger Eye PI documentary titled Number 12 shall step aside from their positions and steer away from all football-related activities with imcorrmediate effect.

The conduct of the said Officials has been referred to the GFA Ethics Committee chaired by COP Kofi Boakye to go through the Judicial Process.”

Anas’ video featured top officials of the football association including its former president, Kwesi Nyantakyi allegedly taking bribes to influence various aspects of the game, including call-ups to the national team, the duration of playing time for some players and the selection of unfit players and referees to participate in games, among other things.

Kwesi Nyantakyi, was seen allegedly receiving a bribe to illegally secure a $15 million sponsorship deal for Ghana’s local league, acting simultaneously as FA boss and the representative of a ‘ghost’ company that would serve as agent, resulting in him pocketing about 20% of the sponsorship sum, contrary to FIFA and GFA’s regulations.

More than 100 referees were also caught on tape taking bribes to manipulate the outcome of games in a team’s favour.

The government announced on Thursday that it had initiated steps to have the Ghana Football Association dissolved due to widespread nature of the canker in the association but the GFA has started internal processes clean itself.

It has also constituted a 5-member committee to meet with the government in order to resolve the current football crisis in the country.

The Football Association has assured the public that it will not interfere in the investigative processes and will cooperate with bodies looking into the matter to institute the necessary sanctions.

Casely-Hayford asks: Who bags dollars and complains about being scammed?

Casely-Hayford asks: Who bags dollars and complains about being scammed?