Bad road to Kwame Nkrumah’s hometown to be reconstructed – DCE 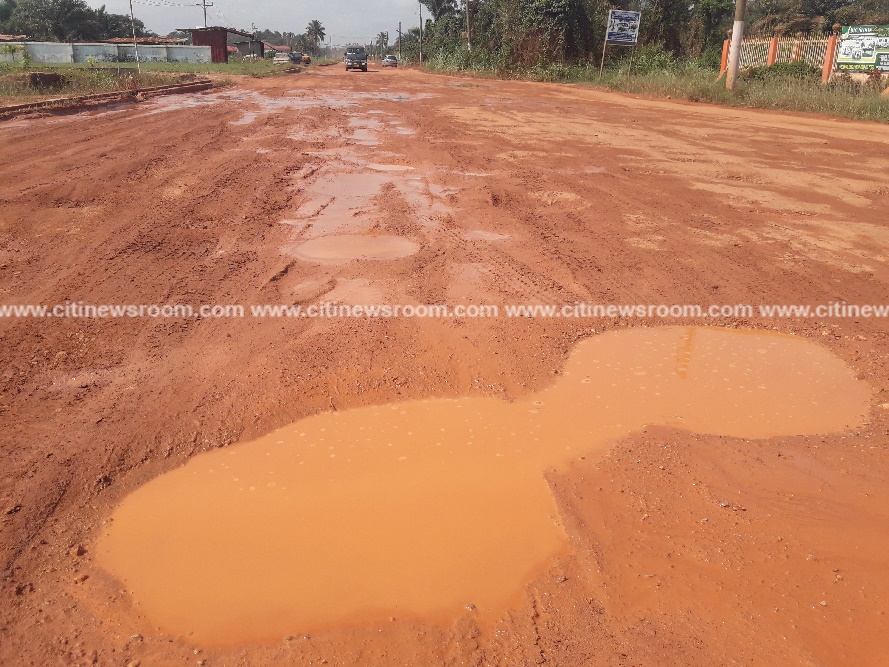 The District Chief Executive for the Ellembelle District in the Western Region, Kwesi Bonzu K,  has told Citi News that funds have been secured to reconstruct the abandoned poor road leading to Nkroful, the birthplace of Ghana’s first president, Kwame Nkrumah.

The road has been in a terrible shape for many years despite promises by previous governments to fix it.

The family of the late president and other users of the road have on many occasions pleaded for some elevation of the stretch, considering that the area attracts tourists. 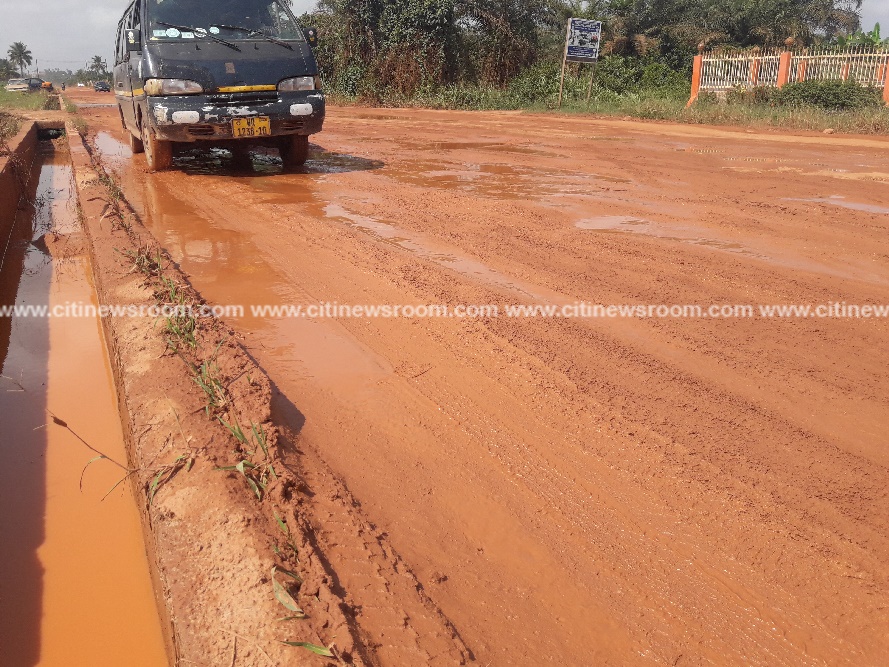 The immediate past administration of the NDC responded to the calls but could only attempt uncompleted works on drainage systems. The contractor after the 2016 general elections left sight for unknown reasons.

But in an interview with Citi News, the District Chief Executive for Ellembelle, Kwesi Bonzu K hinted that some partnership between the Government of Ghana and the Ghana National Petroleum Corporation (GNPC), as well as Adamus Resources, a mining company in the district, will bring to an end soon the terrible driving experience motorists endure on the road. 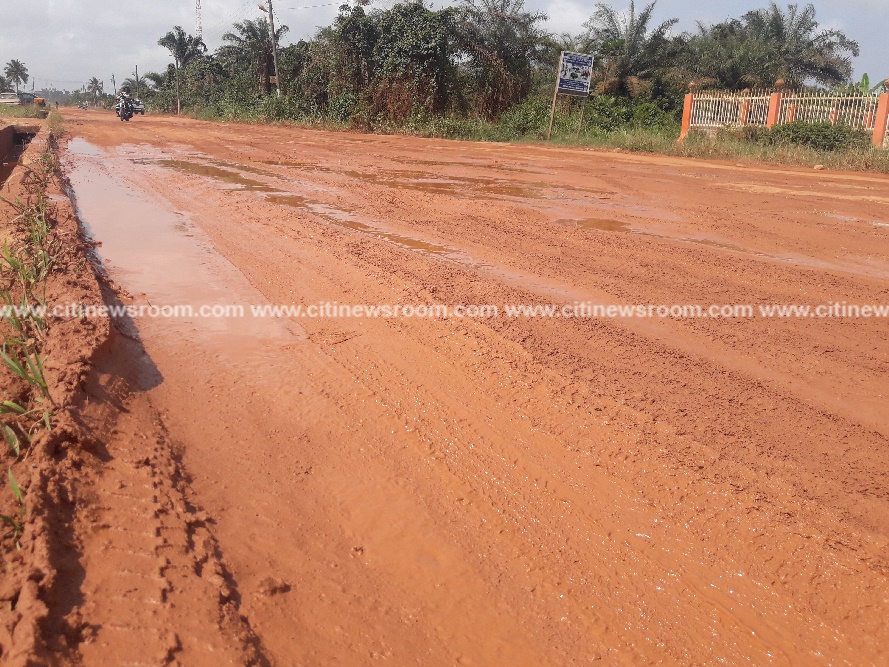 He explained that “even in its current state, we [the Assembly and Adamus Resources] have been doing some works on it to reshape it. We have spent a lot of monies on the road. There was a contractor who started works on the drainage but unfortunately he left…But we should be thankful that the GNPC and the government of Ghana in their own wisdom have taken over the reconstruction of the road. Hopefully, in the month of August [2018], we should see some massive works on it”.

In the meantime, some users of the road who expressed their frustrations over how governments have abandoned the road leading to the heritage site, want the road to be asphalted to ease their burden.

“Last week for example when it rained, the road was totally blocked to traffic. The potholes are just too big to ground your car. The government should look beyond politics and fix the road” One taxi driver told Citi News.

Others explained that “almost many roads leading to tourist sites across the country are in terrible shape. The longer the roads to these sites are in such disgraceful shape, the longer we keep seriously needed monies from tourism in the pockets of potential tourists. We have to fix this Nkroful road without delays”.

In a related development, Mr. Bonzu K announced that the government of the NPP has also secured funds to reconstruct over 40km of roads in the Aiyinase north part of the district.

These roads according to residents are in such a terrible condition that cocoa beans and other farm produce never get to the markets. 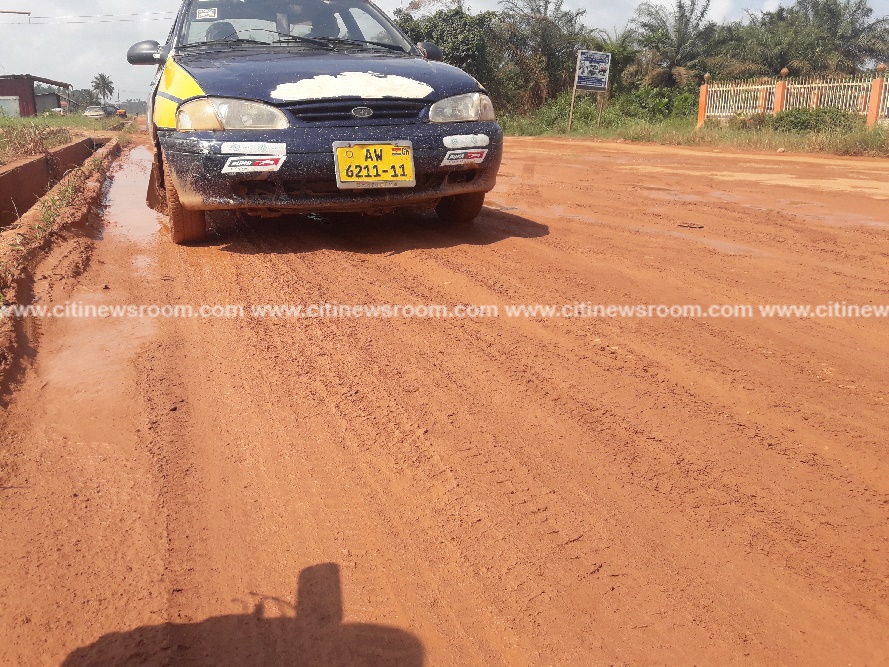 “In the run-up to the [2016] elections, we saw how the people in these parts struggled to get basic social amenities. The roads are bad such that, even trucks that are hired by the government to construct boreholes for residents fail to traverse the road because the mud on the roads won’t just allow the truck to pass. Go to other parts and see the cocoa beans that never get to the depots. Go and see the difficulty residents go through in the Baseke and Gravel Yard areas. You will feel for these hardworking farmers” the DCE Hon. Kwersi Bonzu told Citi News.

“But we are thankful to President Nana Addo Dankwa that some 40 kilometers of these roads are going to be reconstructed,” he added.