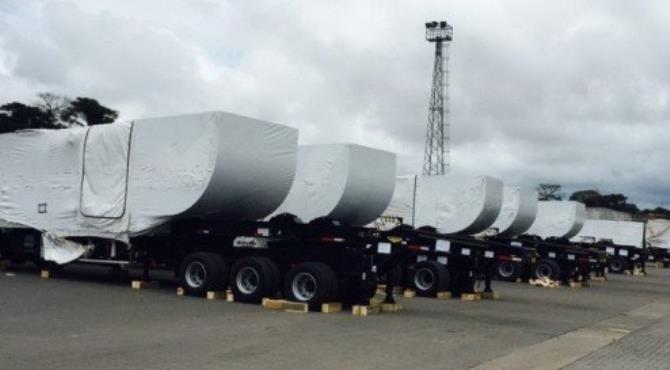 Senior staff of the Volta River Authority (VRA) have declared their opposition to the new arrangement on the AMERI power deal which is currently before Parliament.

The Senior Staff Association and the Public Services Workers Union at the VRA have said the new deal “will bring more hardship to the good people of our dear country- Ghana.”

[contextly_sidebar id=”P33wPbPhX5NbnUrj1D5KlzTaREvSCD6n”]Under the new agreement, a new company, Mytilineous International Trading Company, will take over the management of the AMERI power plant for 15 years.

The agreement covering the new deal was laid before Parliament on Thursday for approval.

But the staff contend that Ghana had just under three years left to assume control of the plant under the old deal.

“In less than two and half years the AMERI plant would become a free asset to the nation under the Build Own Operate and Transfer (BOOT) arrangement, and therefore there is no need for another arrangement that would extend ownership to any other third party interest,” the workers argued in a statement.

“The proposed new agreement before Parliament would be more expensive than the current arrangement and does not make any financial and economic sense to the nation. The nation has surplus generation capacity and does not require any new long-term take or pay arrangement, more so when it is inimical to the interest of the nation.”

The new administration thus commenced a renegotiation process to ensure value for money.

This latest deal is what it views as a better option for the country.

But observers have called it a huge misstep.

“We are committing to pay $50m for 15 years which is not on for the Ghanaian public and I hope Parliament will protect the public by rejecting the AMERI amendment,” Executive Director of the Africa Centre for Energy Policy (ACEP), Ben Boakye stated.

The Institute of Energy Security (IES) has also said the country risks paying more when the deal is agreed upon, in its current form.

Find below the statement from VRA staff 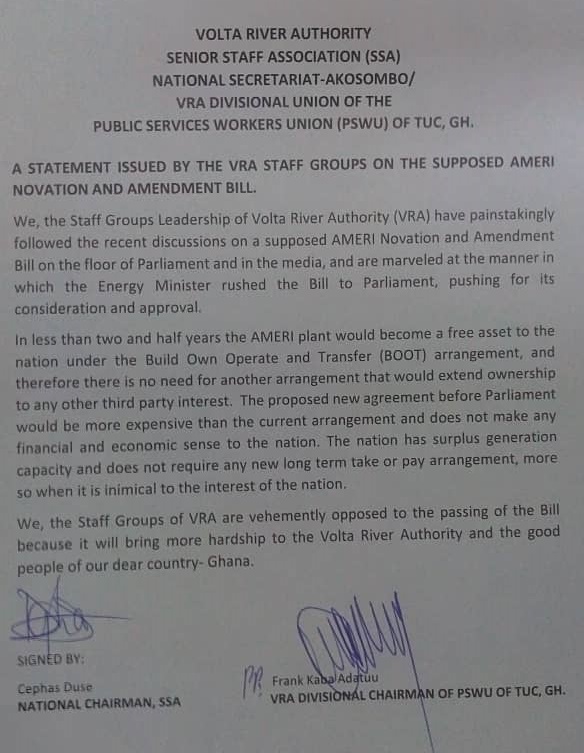