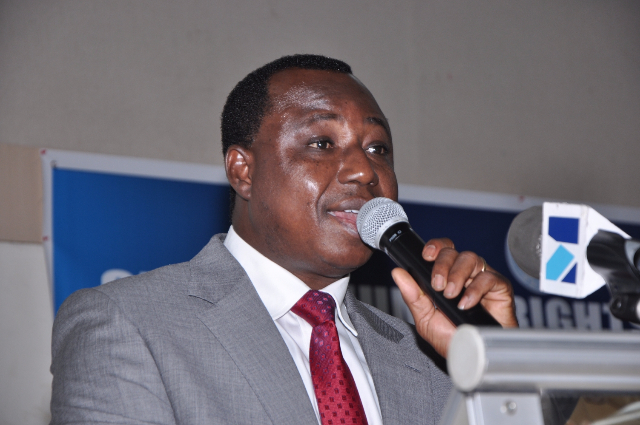 The Deputy Commissioner of the Commission for Human Rights and Administrative Justice (CHRAJ), has said inflation in public expenditure by people entrusted with power to execute government intervention projects, has crippled efforts to improve the lives of the people.

Richard Quayson said it was unacceptable for people assigned the responsibility to implement safety nets such as the National Health Insurance Scheme, School Feeding Programme and Subsidized Fertilizer Distribution to misuse the mandate given to them to enrich themselves – depleting the national kitty at the expense of the masses.

[contextly_sidebar id=”unwQ16dgZt7BHbm4pAuBYoHgFxmcQAAG”]The CHRAJ Commissioner expressed worry that value for money analysis showed that public expenditure was often overstated such that most expenditure items could get three times more value.

“Such practices are inimical to the Country’s development and undermines the impact of laudable interventions to enhance their living conditions, and they must stop,” he said.

He was speaking at a corruption sensitization forum held in Kumasi under the National Anti-corruption Action Plan (NACAP), to educate identifiable groups in the Ashanti Region on the need to reject corrupt acts in all forms.

It is being implemented jointly by CHRAJ, Ghana Integrity International (GII) – the local chapter of Transparency International and the Ghana News Agency.

Put together by the implementing bodies, the workshop was attended by representatives from civil society organizations, security services, faith-based organizations, National Commission for Civic Education (NCCE), Metropolitan, Municipal and District Assemblies and the media.

The Deputy Commissioner of CHRAJ said corruption, lawlessness and indiscipline had taken over both public and private institutions, wreaking havoc in every sector of the economy.

NACAP, he noted, was a national strategy for battling corruption in Ghana over a period of 10 years, as an adopted transformational and human rights-based approach to stem the social evil.

He said the expectation was that in 10 years, NACAP would have institutionalized efficiency, accountability and transparency in public, private and not-for-profit sectors.

Mary Addah, Programmes Manager of GII, said NACAP was a strategy designed to comprehensively fight corruption at all levels of national endeavours.

She said there would be intermittent reviews of the programme to gauge the progress and make the necessary adjustments going forward.

Madam Addah disclosed that only 87 institutions across the country reported corrupt activities under NACAP last year, and stressed the need to create more awareness about the programme.

Mr Simon Osei Mensah, the Ashanti Regional Minister in a speech read on his behalf, said Ghana had made great strides in tackling corruption but perceptions of corruption were progressively increasing in society.

He said with the increasing reports of corruption in recent years, attempts to address the problem had intensified, with Ghana developing and implementing several anti-corruption initiatives and ratifying international conventions to arrest it.

According to him, NACAP was one of such initiatives as it enjoined and brought together various stakeholders to collectively fight corruption through education and awareness creation, prevention and investigation as well as enforcement.