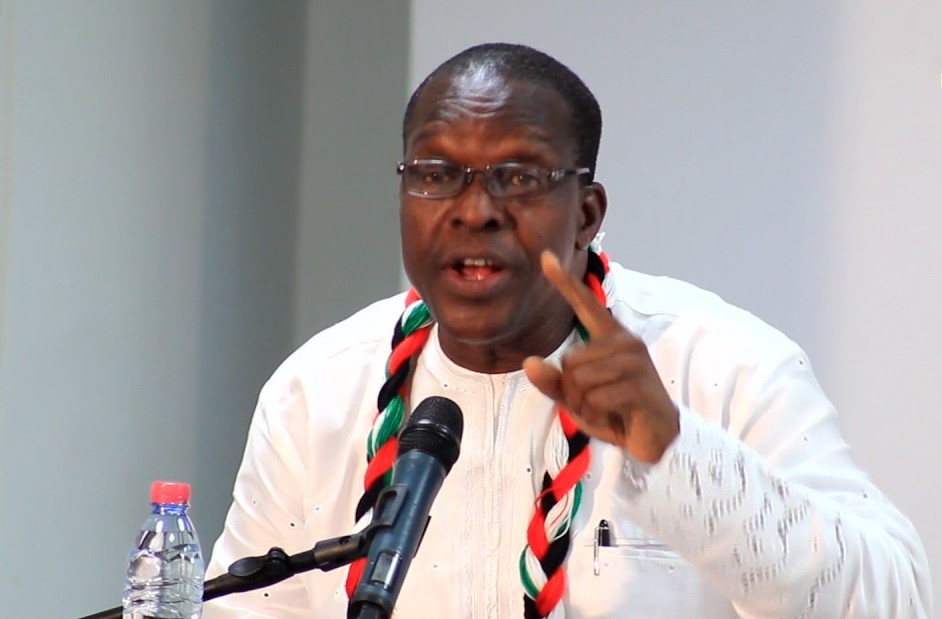 Presidential aspirant of the opposition National Democratic Congress (NDC), Alban Bagbin, has said he is very confident of winning the race in December 2018.

Addressing journalists, he however said he will not lie his way into power.

[contextly_sidebar id=”PrUA32UTBtdFvdSioxRP84LfKzJ1bDz9″]He stated  nonetheless that even if he’s not selected as flagbearer, he will offer his full support to the winner.

”I’m not a new face; people know what I stand for. I will never lie into office. If I’m not a president of Ghana, I will still be committed to the course of Ghana and do what I’m doing. Those who are saying that I am on a mission to destroy the NDC will very soon revise their notes. By the time I end my tour of this country, the whole game would have changed. I can assure you that I am more than confident that I am winning the battle,” he added.

Mr. Bagbin has recently been widely criticized over some comments he made against some of former President John Mahama’s appointees.

Many deemed the comment as offensive and irresponsible coming from a seasoned politician of his stature.

Speaking at the press conference however, Mr. Alban Bagbin also took responsibility for those comments.

Among other things he had said that Dr. Edward Omane Boamah and Dr. Henry Seidu Danaa who served as Ministers for Communications and Chieftaincy respectively, contributed to the NDC’s defeat because it wasn’t appropriate for them to serve in those portfolios considering that one was blind and the other was a stammerer.

“For the records, I wish to state emphatically that I did not say persons with disabilities are not competent to be appointed to public offices or Ministerial positions. Never I did not say that. What I said was that certain wrong decisions were made in placing or assigning some government appointees. This wrong placement cost the NDC some votes. I cited three Ministers to illustrate my point and stated that they were all very brilliant and capable persons but they were assigned to inappropriate Ministries.”

Bagbin said he rather praised the former ministers and did not mean to demean the calibre of persons they are.