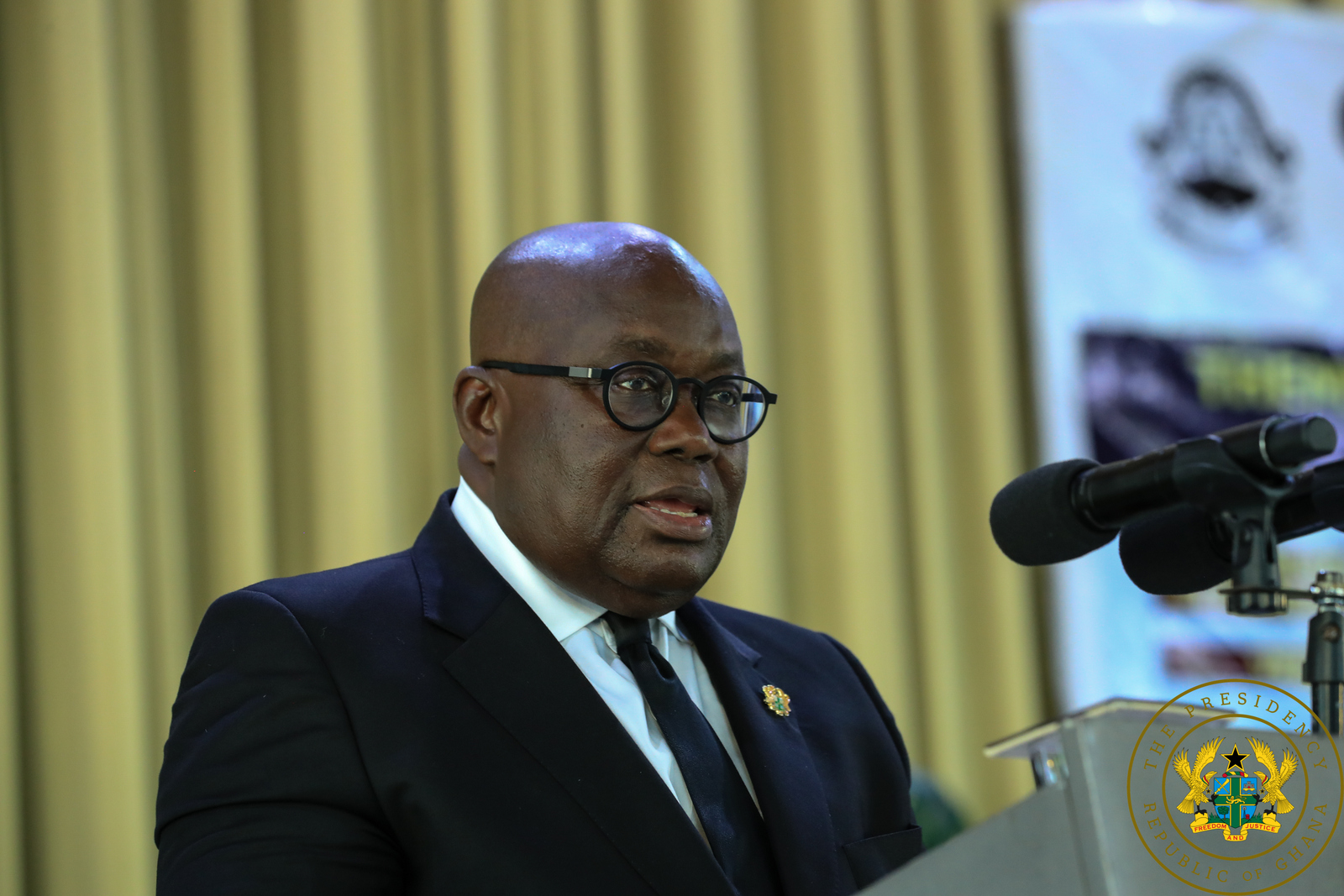 President Nana Akufo-Addo has attributed many of the problems that plague the country to the disregard for law.

He was making reference to the banking crisis that has seen the collapse of seven indigenous banks over a 12 month period.

[contextly_sidebar id=”jbYn1l7MQdGox2gWq8y2c6hOWWLZ5A27″]”The story of every bank that has had problems, be they indigenous Ghanaian banks or international banks… each one can be traced to someone or some people breaking the law or trying to cut corners by flouting regulations,” he said at the 2018 Annual Conference of the Ghana Bar Association on Monday.

President Akufo-Addo also acknowledged the social cost of the banking crisis that has led to hundreds of job losses.

The newly formed Consolidated Bank, which was constituted out of the five collapsed banks, is parting ways with about 1,700 of its staff effective by the end of September 2018.

“It affects everyday life. It is about breaking rules and regulations in many aspects of our lives, and wanting to, and indeed, circumventing the laws that are meant to guide our society” he said.

But the lawlessness observed in the banking crisis also extends to everyday life, the President noted.

The effects of these acts of lawlessness, the President said, “have been invariably the loss and threat of loss of innocent depositors’ savings and jobs.”

“It has to do with driving recklessly, and breaking all the traffic regulations and trying to bribe the police when you are pulled up. It has to do with not getting the proper permit to build a house, and it has to do with looking the other way when something wrong is going on.”

For members of the legal fraternity, the President stated that lawlessness “has to do with sharp practice and unethical behavior by some lawyers, which jeopardize the administration of justice and the interests of ordinary people. It has to do with judicial corruption, which constitutes a violation of the judicial oath.”

“When a road that was built barely a year ago develops potholes, someone or some people have been breaking the law or cutting corners. The story of environmental degradation occasioned by illegal mining, what we call galamsey, is a clear case of people breaking the law,” he added.

Pedestrians ‘forced’ to pick litter at Circle for walking on lawns

Pedestrians 'forced' to pick litter at Circle for walking on lawns