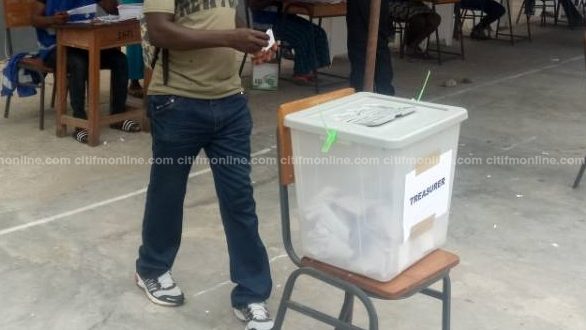 In the last decade, the outcomes of local assembly, parliamentary and Presidential primaries and elections, indicate that vote-buying is extensive in Ghana.

It is evident that some self-seeking and desperate politicians are aware that the masses are in dire need of money and other material rewards, hence money is used as a competitive strategy.

The primary purpose of this negative practice is to get more votes in return.

Betrayal by political leaders, poverty, and rampant corruption have largely accounted for this negative practice.

The negative effects of vote-buying on Ghana’s democracy and development are deprivation, undeserving leaders and limited attention to service delivery which are far-reaching.

Lately, no internal contest within the two major political parties in Ghana, the New Patriotic Party (NPP) and the National Democratic Congress (NDC), ends without allegations of vote-buying.

There are allegations of some aspirants giving each delegate Ghs2,000, US $100, motorcycles, mobile phones, clothing and other valuables depending on the contest.

Delegates are now mindless of the aspirant’s competence, credibility, loyalty, and commitment to the ideology of the parties they belong to.

This alarming situation is deepening the maxim that partisan politics is a dirty game and the means of earning ill-gotten wealth.

This is scaring kind-hearted and generous people with the intention to contest for positions in the NPP and the NDC.

During general elections, chiefs, some members of the clergy and opinion leaders are giving cars and cash to campaign for particularly presidential hopefuls.

When elections are over, the winners think about retrieving the resources pumped into the campaigns for the neglect of the suffering masses.

Majority of Ghanaians are suffering because of cronyism, greed, dishonesty, divide and rule tactics, and sheer wickedness by some politicians.

The masses will continue to languish in abject poverty, youth unemployment and suffer from deprivation if the monster called vote-buying is not killed and buried.