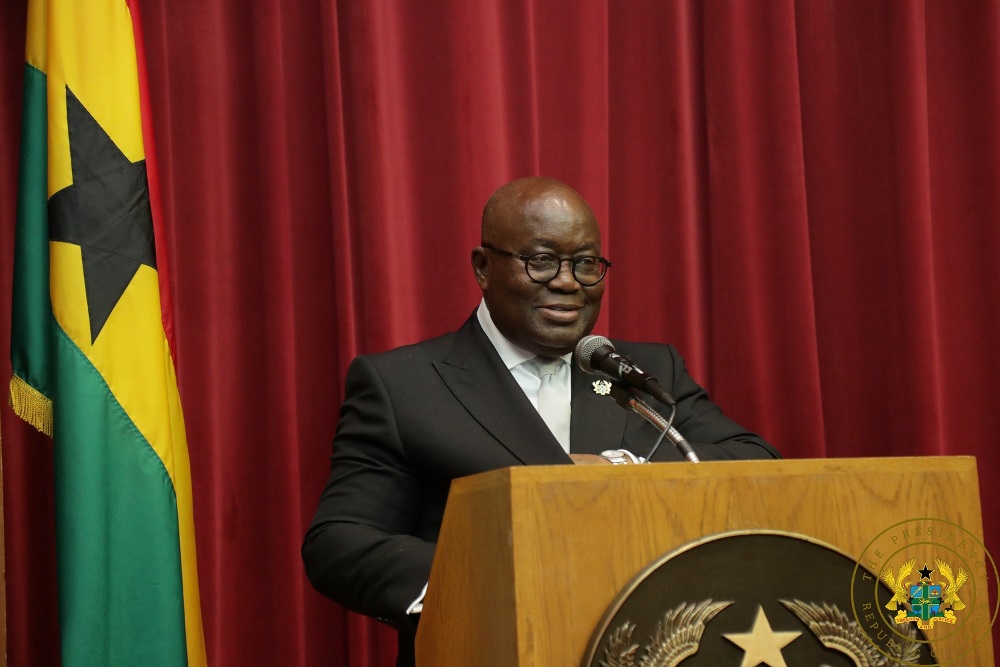 President Nana Addo Dankwa Akufo-Addo, says the determination by some elements within the National Democratic Congress to “review the Free Senior High School policy if voted into office” only means the eventual collapse of the policy.

According to President Akufo-Addo, the Ghanaian people should be alarmed by the proposal of the NDC and its presidential aspirant, John Dramani Mahama, for a review of the Free SHS policy – a policy which has ensured that 270,000 more Ghanaian children, in 2017 and 2018, have gained access to Senior High School.

“I am alarmed by this concept of the review. This is because anytime our political opponents try anything of this sort, it leads the policy in question into a coma. We all remember the NHIS one-term premium payment review pledge. Not only did the review not materialize, but they also succeeded in degrading the policy,” the President lamented. 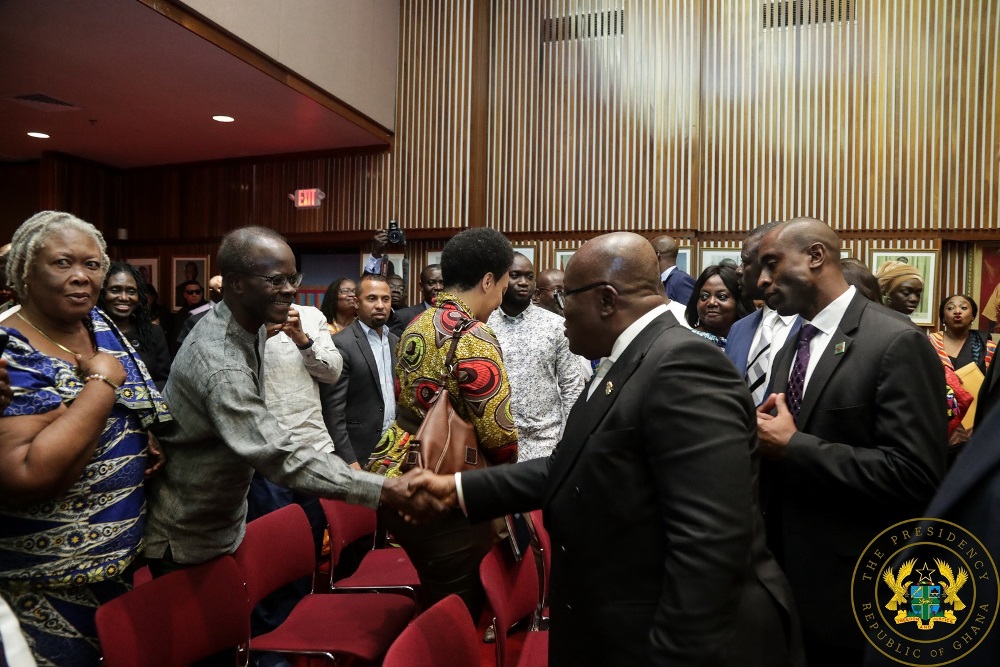 President Akufo-Addo made this known on Friday, 28th September 2018, when he addressed a town hall meeting of Ghanaians in Washington DC, as part of his trip to the United States of America for the 73rd Session of the United Nations General Assembly.

He noted that before the implementation of the policy, an average of 100,000 Ghanaian students were dropping out of school at Junior High School level because parents could not afford fees.

“This obviously cannot the be level of education we dream of giving to our young generation, in order for them to compete in the labour and ideas generation market, that are excellently represented by continents such as Asia, America, Latin America, Europe, etc.,” he said. 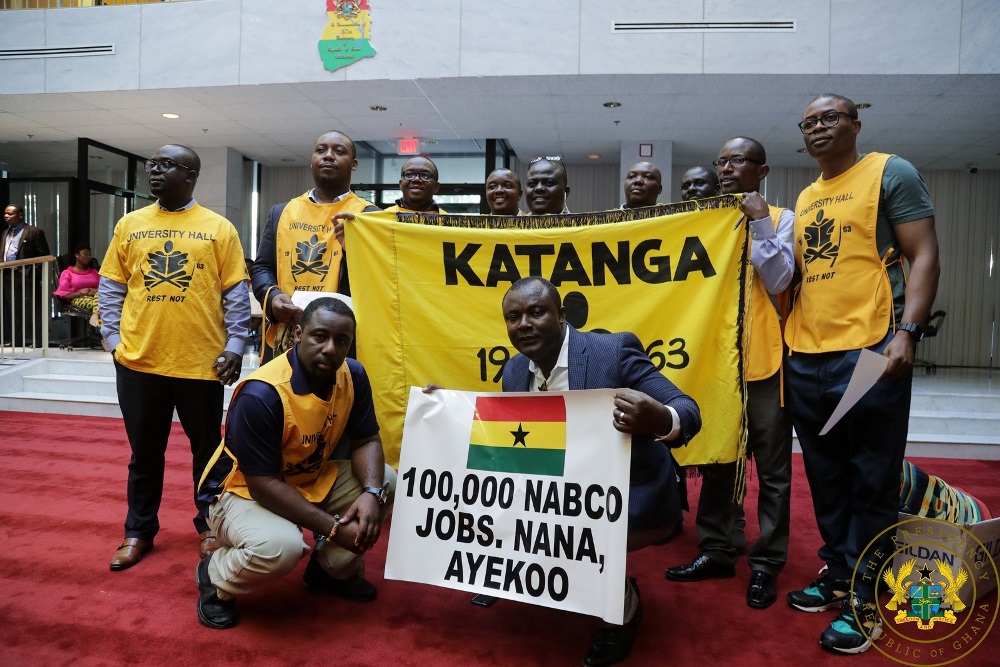 The decision, therefore, to implement the Free SHS policy was a “big decision because of its effect on our finances.”

As a result of the increased numbers, the President noted that his Government had found a creative way of absorbing the high numbers, while, at the same time, putting in place a plan to expand infrastructure.

“I have always been encouraged by the attitude of Dr. Kwame Nkrumah, who took a decision on the grounds that empowerment of the young generation through education was very critical in nation building, even when there are challenges. He held the view that, even though there were challenges, there was the need to still introduce the policy (Accelerated Development Plan for Education),” he said. 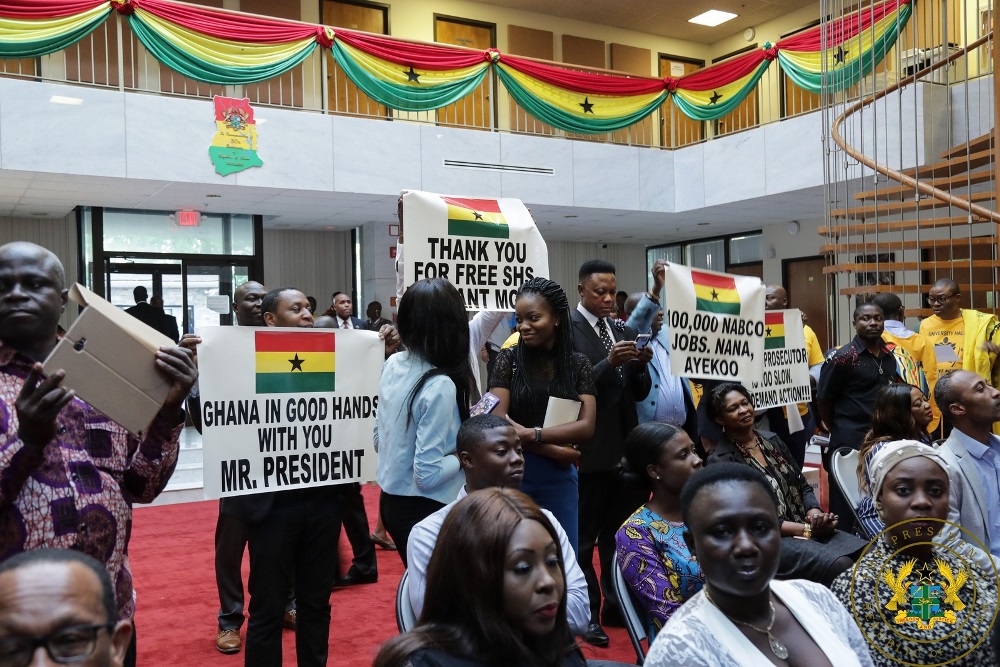 The President continued, “I naturally ascribe to the same school of thought that, there may face few challenges, i.e., the high numbers with the introduction of Free SHS, and the high deficit in infrastructure at that level, nevertheless it is opening the gains for more young persons to have access. That’s exactly what we have done by introducing the double track system.”

President Akufo-Addo insisted there is absolutely nothing unusual or strange about the double track system since it has worked very well in many countries that have practiced it effectively.

To guarantee the success of the system, the President noted that over 8,000 more teachers are being recruited to cater for the shortfall in teaching personnel.

GIBA should close shop: It has no role in digital migration – Adom-Otchere