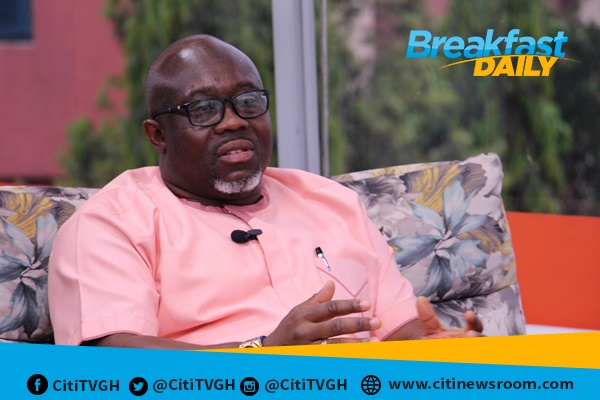 The New Patriotic Party (NPP), according to Deputy Minister of Communication, George Andah, has never in its lifetime kicked against borrowing.

He says they have instead been against reckless borrowing.

Mr. Andah insisted that no developing country can survive without borrowing since such is needed to execute projects.

“There is no way that a developing country can develop without taking these loans. I am a member of the NPP; we have taken loans to Parliament. There’s budget we submit to Parliament in which some of the projects are funded from external sources. Borrowing recklessly and borrowing for projects that have been inflated are those that we’ve been speaking against,” he added.

The Deputy Minister made the comment in response to former John Mahama, who has accused the NDC of hypocrisy after making a U-turn on borrowing.

Speaking at an entrepreneurship forum in Nigeria organised by the Tony Elumelo Foundation, President Akufo-Addo insisted that every country borrows money for projects and Ghana is not an exception.

“We will borrow money; everybody borrows money. The United States of America is one of the biggest debtors in the world. So borrowing money is not necessarily a betrayal of the concept of independence. The key for us in borrowing money is that we borrow money to create assets that will allow us to pay the money back. That is the key…If we borrow the money and use it properly it is an asset for us in expanding our economy and infrastructure.”

John Mahama, who was described as having a voracious appetite for borrowing by the NPP when it was in opposition however, asked President Akufo-Addo to apologize to Ghanaians for the comments he made in the past now that they are borrowing.

“It is the hypocrisy that Ghanaians are angry with and we have all your quotations about borrowing. You said any idiot can borrow. That is what you said.”

But Nana Akufo-Addo according to the Awutu-Senya West MP, George Andah, never said anywhere that “any idiot can borrow.”

On the Breakfast Daily show, he dared persons with audiovisual recordings to that effect to make them available.

“The fact that former President John Mahama said something makes it true. Where is the video where the current president [Nana Akufo-Addo] is saying any idiot can borrow? He has never said anything like that,” he insisted.

Goosie Tanoh gets massive endorsement in his hometown [Photos]