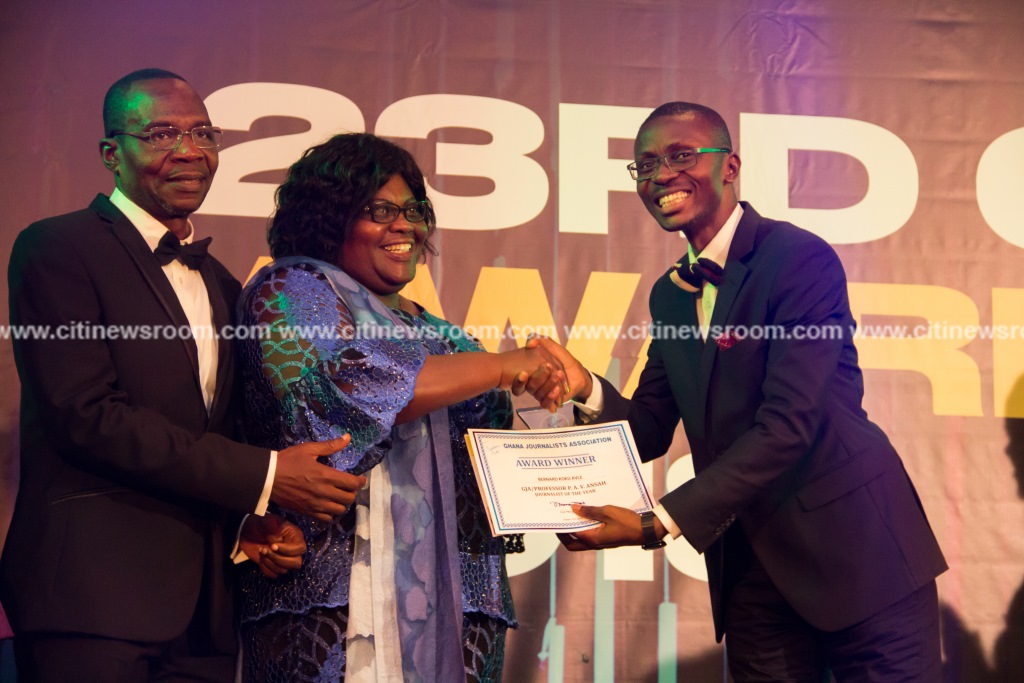 The host of the Citi Breakfast Show, Bernard Koku Avle, has been named the 2017 Journalist of the Year at the 23rd edition of the Ghana Journalists Association (GJA) Awards.

He was honoured with the prestigious award at the ceremony held at the Kempinski Hotel in Accra. 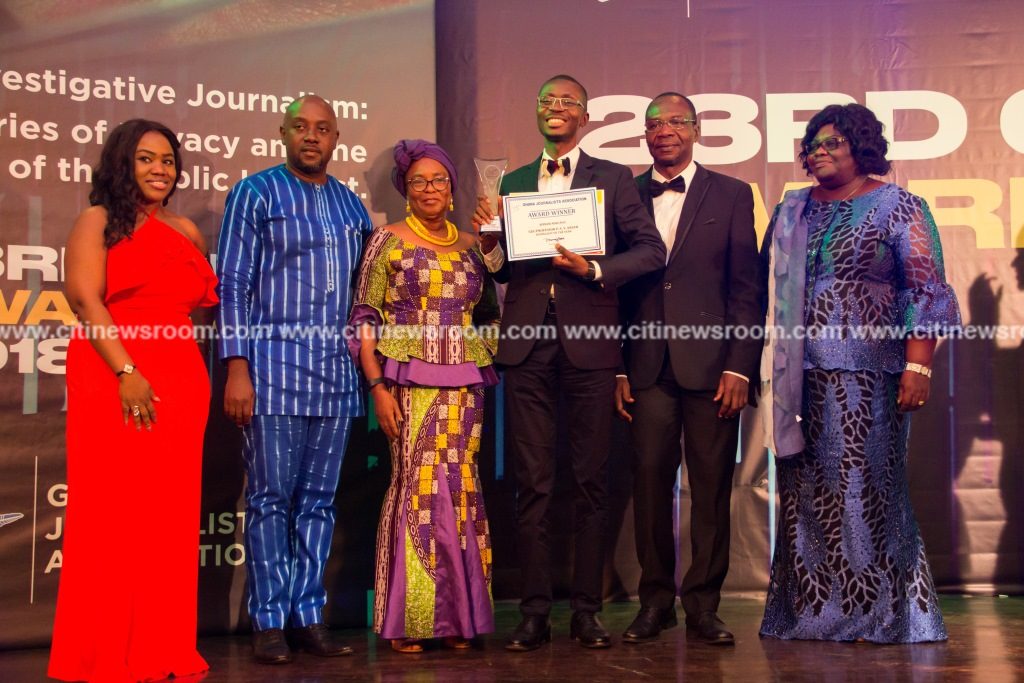 Bernard Avle, who is also the host of Point of View on Citi TV was among nearly 36 selected journalists in the country who received various awards on the night.

Before receiving the personal award, the Citi Breakfast Show was named the Radio Morning Show of the year 2017 at the event.

Citi News’ Kojo Agyeman, also picked up a special award on the night, the second time in a row for his sustained reports on illegal mining.

Bernard is the next to win the award after it was won by Peace FM’s Kwame Sefa Kayi in 2016. 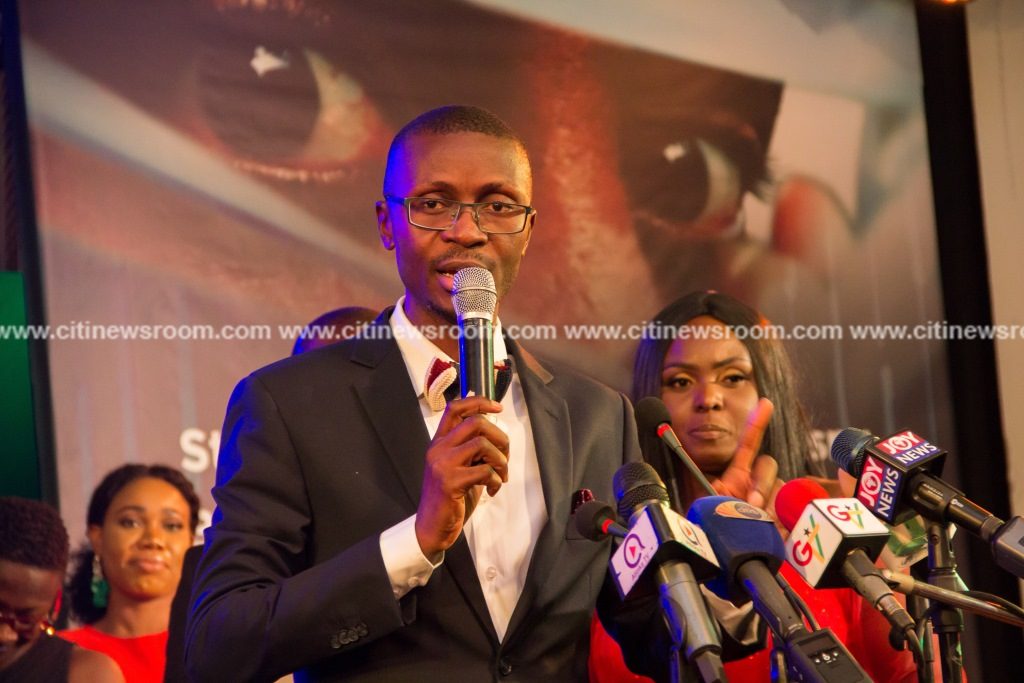 Bernard in an interview with Citi TV after picking the award, said “I’m happy because this is a recognition of just what I have done, but what Citi stands for. This radio station has given me the opportunity for the past 14 years to prove myself. So if being one of the leading presenters on Citi, I win this award, it’s a Citi award. So I’m grateful to Sammens and the team for the support, encouragement and guidance and for Team Citi for pushing me.”

For his prize, he is expected to receive a cash prize, a three bedroom house and an SUV. Having worked at Citi for fourteen years from a young age, he thanked the CEO of the company Samuel Atta Mensah for giving him the opportunity to serve.

He acknowledged veterans such as Abdul Malik Kweku Baako Jnr. and Dr. Charles Wereko Brobbey who contributed to media pluralism and press freedom in the 90s, saying their efforts prepared the grounds for the current media

Mr. Avle, a father of three, thanked his wife for the support throughout his career.

Mr. Avle’s work as a journalist has received numerous commendations for its depth and quality.

He has led Citi FM to win several awards through the Citi Breakfast Show and other quality news reports geared towards national development.

Recently, he spearheaded the station’s successful campaign against illegal small-scale mining which drew the interest of other media organizations and Civil Society, leading to a decisive government action against the phenomenon.

The Ghana Chamber of Mines honoured Bernard and the Citi Breakfast Show with an award in excellence for the campaign against illegal-small scale mining.

Also, he led the Citi News team to bring to the fore the rising challenge of abandoned health infrastructure projects in the country.

He holds a Bachelors of Arts in Economics with distinction, and he’s a Chevening Scholar with an MBA in Marketing from the Warwick Business School in the UK.

Citi FM was last month adjudged the “Digital Media of the Year [2017]” by the Chartered Institute of Marketing Ghana (CIMG).

The award was in recognition of the station’s strides towards building an influential digital media brand.

The Institute views the station as having delivered “excellent results.”

Citi FM was lauded for being the market leader in data and research, data visualization with infographics and proactive engagement through improved content on its digital platforms.

This was the second successive award for Citi FM in the digital space from the Chartered Institute of Marketing Ghana (CIMG) after it was named as the Emerging Digital Organization of the Year for 2016.

In 2016, Citi FM strengthened its position as one of Ghana’s leading radio brands as the station bagged six awards at the Ghana Journalists Association [GJA] awards at the Banquet Hall of the State House in Accra.

The station’s anti-galamsey campaign, ‘Stop Galamsey Now’, which was launched earlier in 2017, came up for special mention at the ceremony, with the station picking up an award for its unrelenting fight against the menace.

Citi FM’s flagship programme, the Citi Breakfast Show, was named the best talk-show on radio, adding to the award it won at the Chartered Institute of Marketing Ghana (CIMG) awards in September 2017.

Citi FM also picked up honours for Best Political Reporting as well as an Anti-Corruption Award for the station.

Host of the station’s news analysis programme, The Big Issue, Umaru Sanda Amadu, also picked up an award for his work in development journalism, which is contributing towards the attainments of the Sustainable Development Goals (SDG).

Another of the station’s reporters, Kojo Agyeman, who emerged first runner-up in the 2017 edition of the Ghana Mining Industry Awards, was also given a special award for his reports on illegal and responsible mining.

His reports were key to the #StopGalamseyNow campaign which eventually prompted the Minister of Lands and National Resources, John Peter Amewu to crack down on the illegal miners.

A six-month ban was imposed, and was eventually extended by three more months to January 2018.