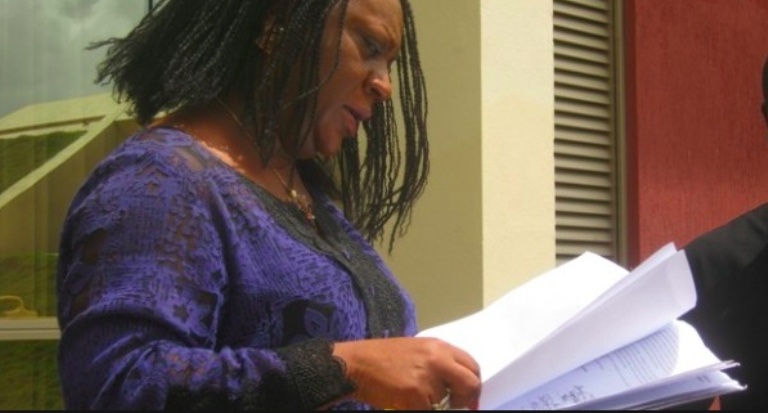 A former Board Member of the Ghana National Gas Company, Valerie Sawyerr, has filed processes at the High Court seeking to quash the report of the Cabinet Committee Responsible for the Coordination of the Investigations/Forensic Audit.

The report, which came out a few weeks ago showed that helicopters purchased from China Aero Technology Import and Export Corporation were never used for the purpose for which they were purchased.

The report also alleges that equipment for the helicopters were never delivered even though they were part of the initial contract price, including initial training cost that was not utilized for the intended purpose.

But in a sworn affidavit to the Court, Dr. Sawyerr describes the report and its findings as a breach of the rules of natural justice and her right to administrative justice.

She thus wants  “A declaration that the Audit Report completed and submitted to the 2nd Respondent was made in breach of the rule of natural justice, audi alteram partem.

“A declaration that the Audit Report which implicated me, as a former board member of Ghana National Gas Company Limited, was done in breach of my right to administrative justice and my right to a fair hearing.”

“A declaration that the Audit Report which implicated me, as a former board member of the Ghana National Gas Company Limited, contravenes Article 23 of the 1992 Constitution.”

She’s thus requesting the Court to quash the report, its findings, observations and recommendations.

“An order of Certiorari bringing up into this Court for purposes of being quashed and quashing the Audit Report which was completed and submitted to the 2nd Respondent, and which implicated me as a former board member of Ghana National Gas Company Limited,” the writ added.

Valerie Sawyerr also wants the court to restrain the security agencies involved in the case to stop inviting her for questioning since to her such invitations are a form of “harassment.”

“An order of injunction restraining 2nd and 3rd respondents from going ahead to invite me as a subject of interest into investigation of allegations of procurement infractions at Ghana National Gas Company when the Audit Report has been completed and submitted to the 2nd Respondent without me being given a hearing.

General Secretary of the National Democratic Congress, Johnson Asiedu Nketia, had earlier told former NDC appointees indicted in the audit report not to honour any invitation from different government agencies investigating the issue.

Valerie Sawyerr before this suit, had written an article in which she condemned the audit report that affected six state agencies.

An audit into the finances of some state-owned companies has revealed the misappropriation of over GHc800 million by some former heads of the institutions.

Citi News has gathered that reports on six of the institutions have been forwarded to the Economic and Organized Crime Office (EOCO).

The New Patriotic Party (NPP) recently described as false, claims that government in collaboration with the UNDP, has squandered over $6.8 million on private investigations with the aim to arrest and prosecute former government appointees.

The General Secretary of the NDC, Mr. Asiedu Nketia at a press conference alleged that these investigations were being done at a staggering cost to the state.

One district, one factory on course – Nana Addo