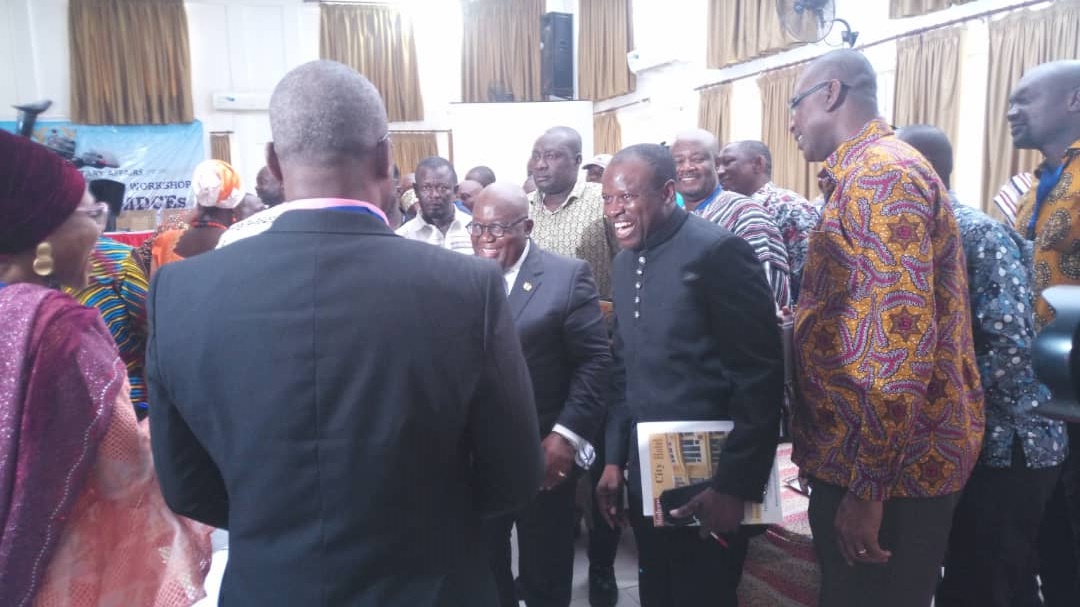 According to him, the era MMDCEs neglected their core mandate and campaigned for votes ahead of Parliamentary primaries should be a thing of the past. 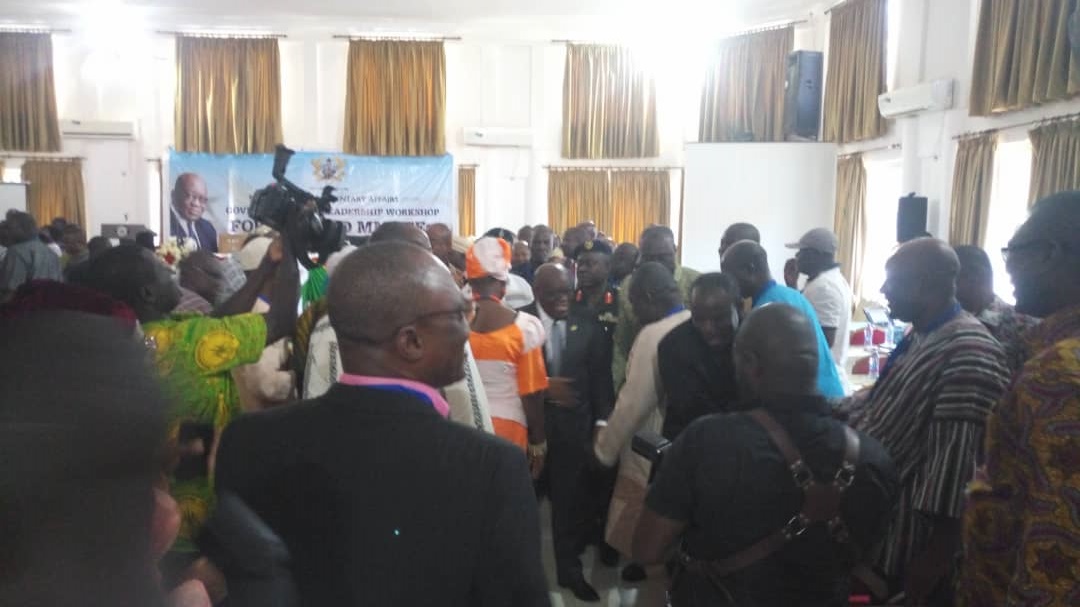 The Ghanaian leader was addressing a workshop in Tamale organized by the Ministry of Parliamentary Affairs.

The workshop code-named, “Enhancing Leadership and Good Governance” brought together Members of Parliament and MMDCES from the three regions of the north.

Its objective was to foster healthy rapport between the Legislators and MMDCES who often disagree over the disbursement of the MPs share of the Common Fund and the allocation of projects.

President Akufo Addo emphasized that the MPs and the MMDCES should effectively collaborate to improve the well-being of the people whose interest they are serving. 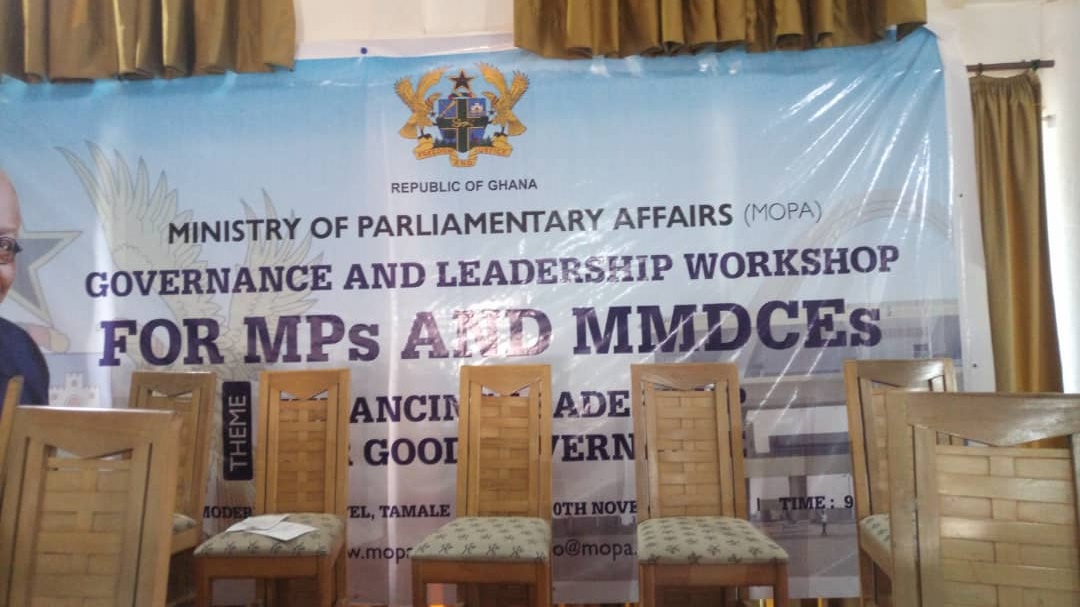 He said the government would not succeed in implementing its pro-poor programmes including the one district one factory, one village one dam, planting for food and jobs, free senior high school and one constituency one warehouse among others when MPs and MMDCEs and are not in good terms.

“As you do know, the effect of conflict is to stall development, dissipate resources that are sent to the constituencies and districts. So we want to find common ground and the way forward on what it is that must be done and then bring them together, harmonize relationships and let people get to know they have defined roles.”

The Majority Leader.who doubles as the Minister for Parliamentary Affairs, Osei Kyei Mensah Bonsu explained that workshop sought to identify the causes of conflicts between MPs and MMDCEs.

This in his estimation could help find a lasting solution to the endless impasse between MPs and MMDCES.

“Ultimately, we were voted into power, whether at the MP level or at the level of the MMDCE to ensure development. It is not for nothing that the constitution provides that the state should ensure equitable development in all the regions of Ghana, within the regions and in all areas.”

“We do this through the vehicle of district assemblies. The government sends resources, and a lot of the time there is an unnecessary conflict between Members of Parliament and MMDCEs with regards to the distribution of the resources.”

The Minority leader, Haruna Iddrisu lauded the initiative and commended the Minister for Parliamentary Affairs. 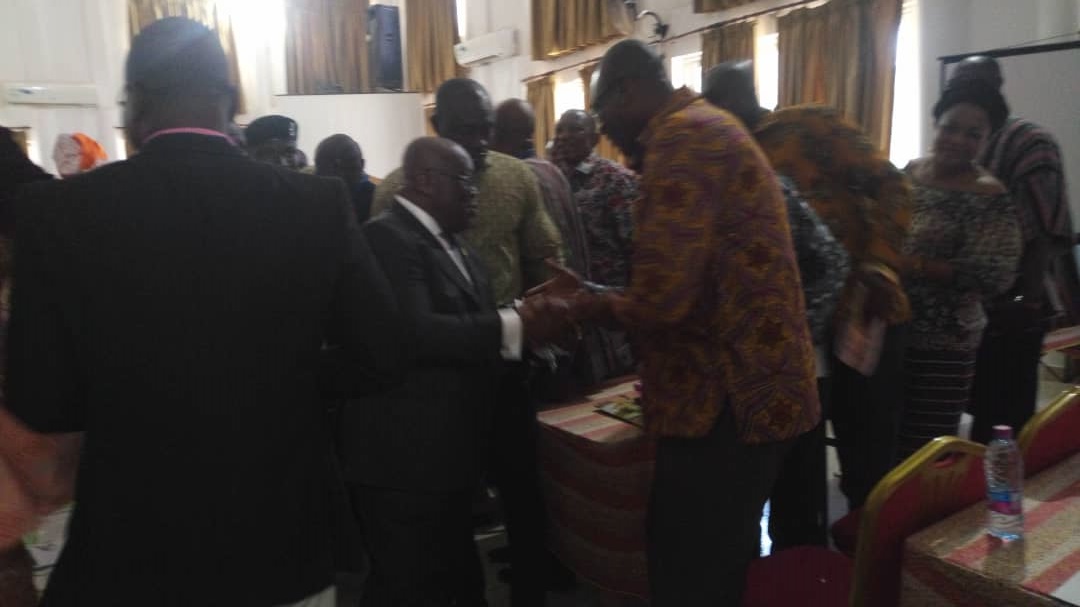 He said the move could strengthen the relationship of MPs and MMDCES which will promote decentralization.

Haruna Iddrisu mentioned personality conflict between MPs and MMDCEs as one of the root causes of the long standing rift between them.

He noted with deep concern that the rift between MPs and MMDCEs belonging to the same governing political party is even worst.

He called for a speedy disbursement of the District Common Fund to enable the district assemblies to execute their development agenda on time.

This, according to her will compel the MMDCEs to be accountable to the populace.

She stressed that MPs and MMDCEs should work together to push the agenda of their constituencies and districts.