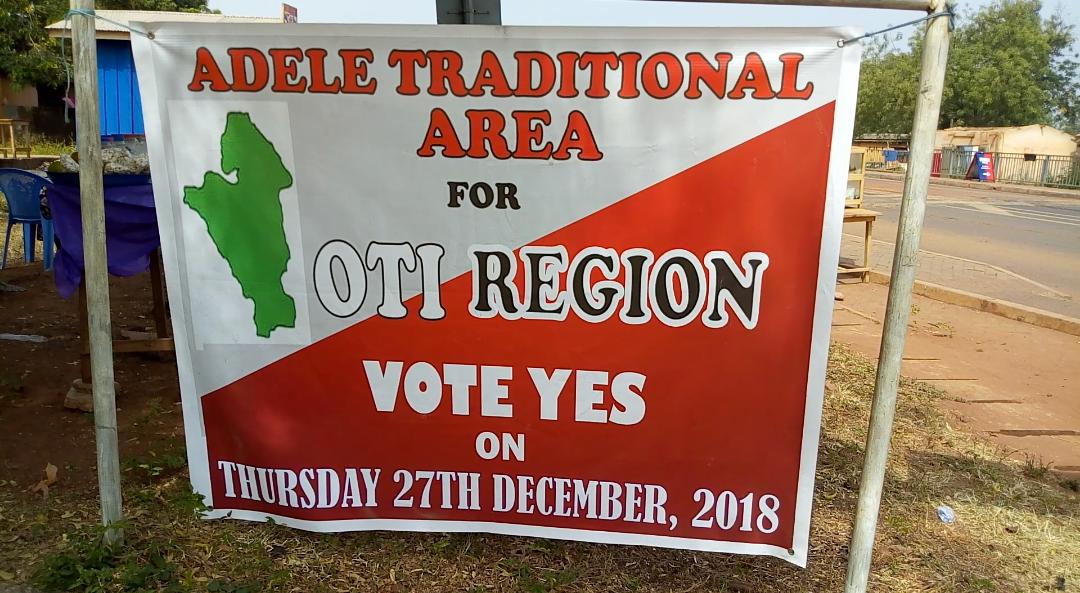 Residents of Akpafu Odormi in the Hohoe Municipality of the Volta Region, will be boycotting the referendum for the creation of the Oti Region, the area’s Assemblyman has said.

The community has been earmarked to be part of the proposed Oti Region which is to be carved out of the current Volta Region.

[contextly_sidebar id=”QIGZkLFm1ZqXhHsLSPEUsZ2JltTmOPaM”]In protest against their inclusion into the proposed region, residents of Akpafu Odomi refused to take part in the limited voter registration exercise and even chased away Electoral Commission staff.

Explaining reasons for the position of the community, Assembly Member for the area, John Kwame Obimpe, revealed the intentions of the community to resort to the law courts if they are forcefully included in the new region.

“They are going to do the election on the 27th [of December 2018]. We will allow them to bring the ballot boxes into the community, but we are not participating… and if after the election, we are made part of Oti Region, we will go to Court because we never petitioned anybody for a new region”.

The Assembly Member said he expected only New Patriotic Party (NPP) executives to partake in the referendum.

“We learnt that they called the NPP party executives into the MCE’s office and they were told that they should go and vote so they will go and vote, but they are just a few people. They say it is a government agenda so they should support it.”

Mr. Obimpe previously explained that the chiefs will not be in favour of joining the new region if it meant being separated from the Hohoe municipality.

In other jurisdictions within the Oti enclave, Presiding Officers are undergoing training towards a successful Referendum on December 27.

Man shot dead after hunter supposedly ‘mistook’ him’ for an animal