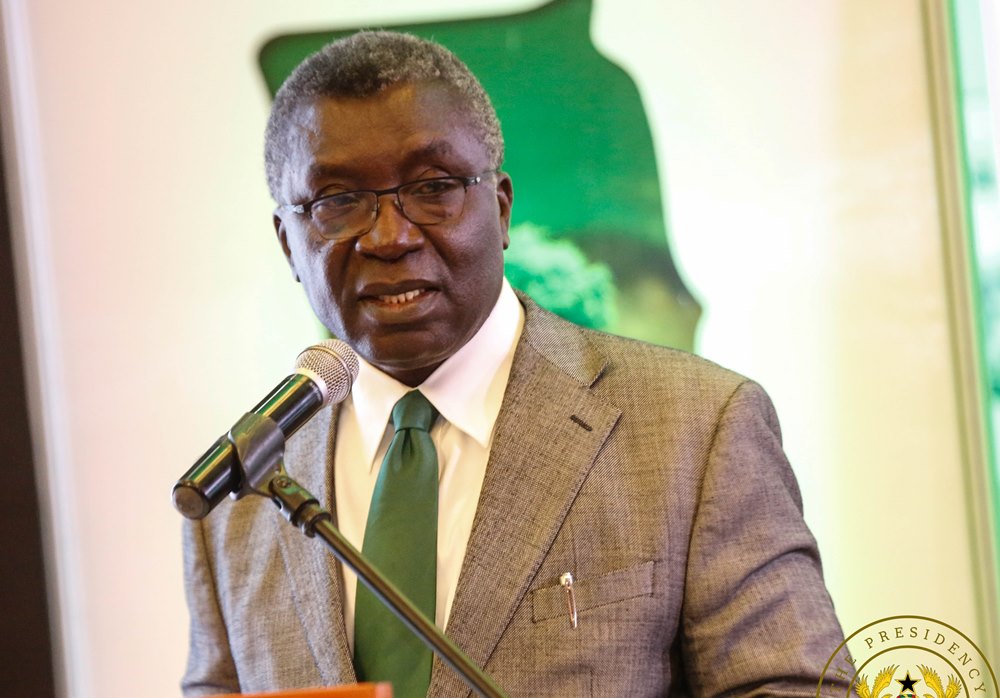 Government has lifted the ban on all forms of small scale mining effective Monday 17th December 2018 after nearly 20 months.

The ban has however been lifted for only small scale miners who have successfully gone through the vetting process for their operations to be properly regulated.

This was made known by the Chairman of the inter-ministerial committee  on illegal mining, Prof. Frimpong Boateng at the outdooring of government’s new policy framework on regularizing and reforming mining activities in Ghana.

The lifting of the ban follows the successful vetting of 1,350 small scale miners out of which over 900 have now been giving licenses to operate.

According to Prof. Frimpong Boateng, who’s also the Minister of Environment, Science and Technology, the committee was able to successfully implement all the strategies to curb illegal mining prior to lifting the ban.

“Having successfully implemented the strategies outlined in the road-map, the ban on small-scale mining is being lifted on Monday 17th December 2018 for miners who have gone through vetting successfully within the regularized and reformed framework” the Minister said.

Professor Frimpong Boateng explained that  equipment of small-scale miners will be electronically tagged by the Drivers and Vehicles Licensing Authoity [DVLA].

He also cautioned the small-scale miners against using equipment not officially tagged by the DVLA, as all of such equipment will be ceased.

“Lifting of the ban will allow mining companies with valid company registration certificates, valid permits and licenses from the regulatory authorities, minerals commission, EPA and the water resources commission, tax identification numbers from companies which have had their mining equipment licensed and electronically tagged by DVLA, and whose  concessions have been vetted and given QR codes to go back to work. Mining equipment, especially excavators and bulldozers not licensed by DVLA will not be allowed for small scale mining” the Minister added.

The government earlier in June 2017 imposed a six-month ban on small-scale mining as part of efforts to end illegal mining and its related activities, which adversely affected the environment, particularly water bodies and forest reserves. This was after Citi Breakfast Show had discussed the canker extensively and launched a campaign against same.

The station went on further to petition the presidency to take certain critical measures, which included a ban.

The ban was however extended to end in January 2018, but remained in force until now despite numerous protests by those in the industry.

Fight Against Galamsey not over

Meanwhile, Ken Ashigey, Convener of the Media Coalition Against Galamsey, has said the fight against illegal mining , popularly known as Galamsey has not been won yet.

Speaking on Citi TV’s News Analysis Programme, The Point of View, Mr. Ashigbey said despite the measures adopted to permanently tackle Galamsey, Chinese nationals , who in his view are the “conveyor belts of Galamsey”, are still trooping into the country to engage in the activity.

“The fight against illegal mining is a war that has not been completed. ..I came from Adisababa today and on the flight from Adisababa there were a lot of Chinese on the flight and you look at Ghana and you wonder whether these Chinese are coming as business people or tourists. What are they coming to do. You know another interesting thing?

“Because Ghana is asking them to get visas before they come what they are doing is they are coming to our neighboring countries and they are being smuggled in, so definitely the conveyer belt has not stopped. The interesting thing is these Chinese are arrested operating within the forest reserve. What is the Forestry Commission doing?”