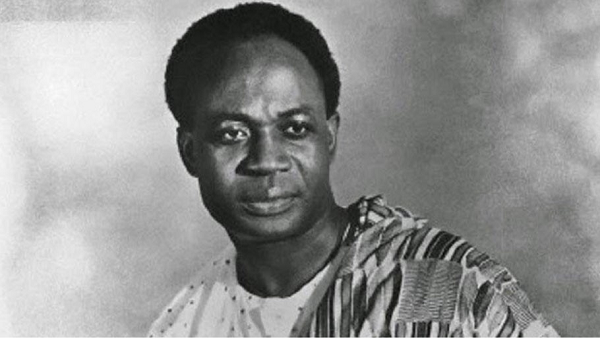 Host of Good Evening Ghana TV Show, Paul Adom Otchere, believes that moves by the government to have August 4th confirmed as a statutory public holiday in honour of the country’s founders is a step in the right direction and will help better unite the country.

According to him, the country’s checkered history has resulted in the sidelining of some very important persons who played various roles in Ghana’s struggle for independence.

Speaking on Eyewitness News on Thursday, Paul Adom Otchere said “history has not been fair” to such people who played roles in academia and social and physical development whose work helped Ghana to eventually gain independence in 1957.

“I think it is a good idea. It’s been long coming because anyone who has closely studied political history in Gold Coast and in Ghana will realize that a series of events occurred that eventually culminated in the independence event that occurred in 1957. History has not been kind, fair or just to those who laid the foundation, even the academic foundation, the physical and social foundation for the stimulation of our people towards the independence agenda,” he said.

The government had laid an amendment to the Public Holiday Act before Parliament for some changes to the country’s holiday calendar.

The changes are the introduction of January 7 to be celebrated as Constitution Day and August 4 as Founders’ Day.

The government had earlier stated that 21st September which was previously celebrated as Founder’s day in honour of Ghana’s first president, Kwame Nkrumah, who is credited as leading the country to independence was renamed Nkrumah Memorial Day in 2017 by the NPP government.

The government contended that celebrating the day as Founder’s day with Ghana’s independence achievement credited solely to Nkrumah was wrong as others including the Dr. J.B. Danquah also played key roles in the country’s independence struggle.

The government said in its statement that, [August 4, is] “obviously the most appropriate day to signify our recognition and appreciation of the collective efforts of our forebears towards the founding of a free, independent Ghana.

Some persons and groups including the Convention People’s Party which was formed by Kwame Nkrumah criticized the government for the declaration, describing it as an attempt to rewrite the country’s history.

But according to Paul Adom Otchere, the government has taken the right step in uniting the country that appears to be divided on such matters.

He noted that persons including influential Osu Alata Mantse, Nii Kwabena Bonnie III whose actions contributed to Ghana’s eventual independence deserved to be celebrated and the August 4 holiday will serve that purpose.

He said, “I think it is important in settling the matters to foster unity among the people. Our whole political history has been checkered of a sort and it has divided our society to a certain extent. We know of the big debate about the whole of Danquah and Nkrumah and all the big people but there are others whose names we do not know. Founders’ day is a day to recognize people like Nii Kwabena Bonnie who was the chief of Osu Alata who in fact began the agitation that ended up in the 28th February shooting that triggered the whole UGCC activities and eventually the formation of the CPP and then independence.”

“I think it is a big step in reconciling this country and I do congratulate the Interior Minister and his government for bringing Ghana to this position,” he added.

GHS to meet GMA, others over drone delivery of medical supplies