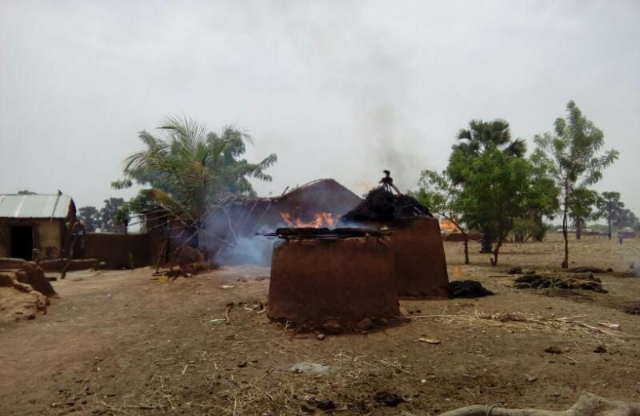 Two persons have been reported dead with several others injured after the Tuesday morning clash between Anufuls and Konkombas over a piece of land at Naduni, a farming community in the Chereponi district of the Northern Region.

Some homes were also set on fire in the farming community.

[contextly_sidebar id=”9L562llvlD1V9FqwiLBj8wuZ7bzgpuEh”]The clash was reportedly triggered by suspicions that some Chekosi had attacked some Konkombas with stones, which resulted in a confrontation.

The District Security Council (DISEC) officer, Tahidu Abdul Razak told Citi News that security has been heightened to ensure the safety of the residents.

“There was an initial clash in July over a farming land dispute. So yesterday, two men were returning from the riverside when they met another man who hit them with a stick. It was there that they came to the police station to report.”

“The police went to the scene and came back at 2 am. At 3 am the other group attacked them and burnt down their houses. So, for now, we have called for reinforcements and they are on the scene,” he said.

On Tuesday evening, a power outage in the area had causing some panic as some residents fear the lack of light would present the perfect cover for another attack.

In June 2018, there was a similar clash in that community which led to the killing of some Konkombas.

There is a joint police and military team in the area to ensure calm.

However, there have been reports of gunfire on Wednesday morning.