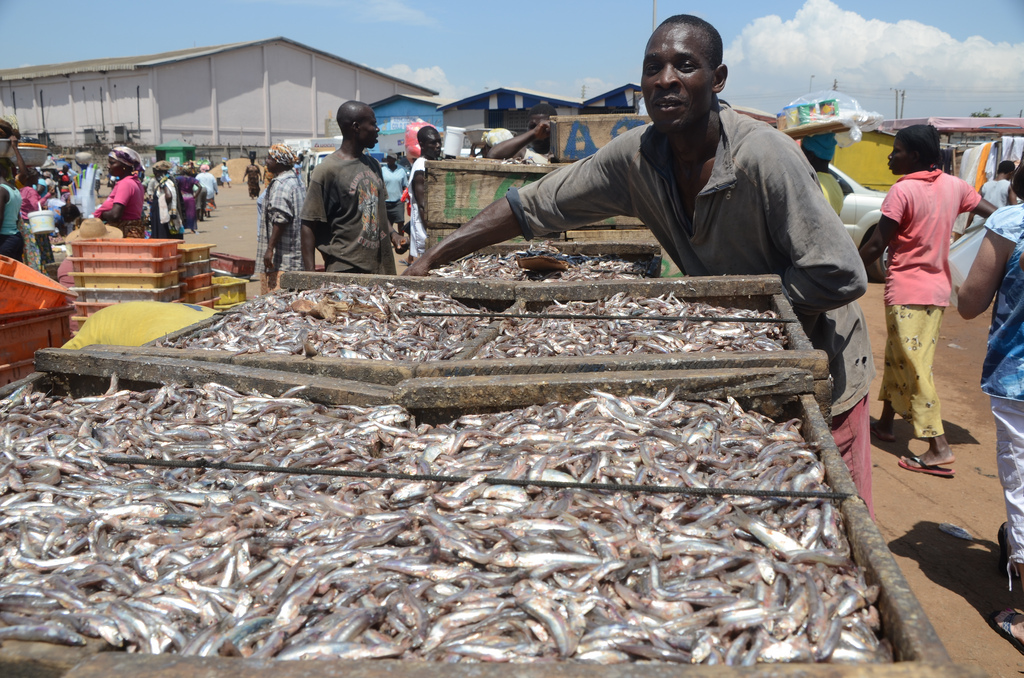 Ghana is on the verge of losing its fish stock to China, a Natural Resources Economist, Prof. Wisdom Akpalu has warned.

Prof. Akpalu in a recent lecture revealed that out of the 76 fishing trawlers operating in the country, only one of them is Ghanaian-owned, with the remaining trawlers belonging to Chinese nationals who have Ghanaians fronting for them.

Data collected in the last 23 years also shows that, Ghana’s fish stock has declined. Although, the country also imports over 59 percent of the total amount of fish it consumes, the consumption level per person per annum is about 21-23kg; which is below the recommended 40kg by the Food and Agriculture Organization of the United Nations (FAO).

On the CitI Breakfast Show on Thursday, Prof. Akpalu who doubles as the President of the African Association of Environmental and Natural Resource Economists, described the current situation as worrying.

“When we have foreign vessels fishing in our waters, they don’t care about the sustainability of the resource. Every renewable resource is supposed to be extracted in a way that, the rate at which the resource is extracted does not exceed the rate at which the resource is replenished. It is in the interest of these foreigners to extract as much as possible which will lead to a decline in the stock. In addition to this, they engage in illegal activities such as landing species and [other aquatic life] that they are not supposed to catch.”

Prof. Akpalu also attributed the challenge to the interference of some corrupt political actors and regulatory bodies whose activities have crippled efforts to put an end to the menace.

“This situation is difficult to stop because when you talk to people in the industry, it emerges that there are political forces behind these vessels and the illegal acts the foreigners engage in. So these powerful forces make it difficult for the regulatory institutions to act. “

When asked how the age-old problem could be solved, the natural resource economist called for a strict law enforcement regime to sustain the country’s fish stock and prevent what could lead to massive job losses.

“This is a serious and very worrying situation. It appears not much has been done over the years but I think it is about time some form of serious action is taken. We need to enforce the law and make things happen so that those who are behind this feel ashamed of themselves. If we lose the stock, so many people will lose their jobs,” he stressed.

What the Fisheries ACT says

Section 134 of the Fisheries ACT 2002 (ACT 625 talks about the prohibition of licensed fishing vessels to land fish outside Ghana. According to it;

(1) Unless otherwise authorized, the owner, master or operator of a fishing vessel registered in Ghana and licensed to fish in the fishery waters shall not land, tranship or discharge any fish outside Ghana, including the high seas.

(2) Any person who contravenes subsection (1) commits an offence and is liable on summary conviction to a fine of not less than $10,000 and not more than $2 million in respect of a foreign fishing vessel or a local industrial or semi-industrial fishing vessel, or a fine exceeding 1,000 penalty units in the case of any other vessel, or three times the value of the catch, whichever is greater, and in addition the licence may be suspended or cancelled.

(3) Any person who aids and abets another person in the contravention of subsection (1) shall be deemed to have contravened that subsection.