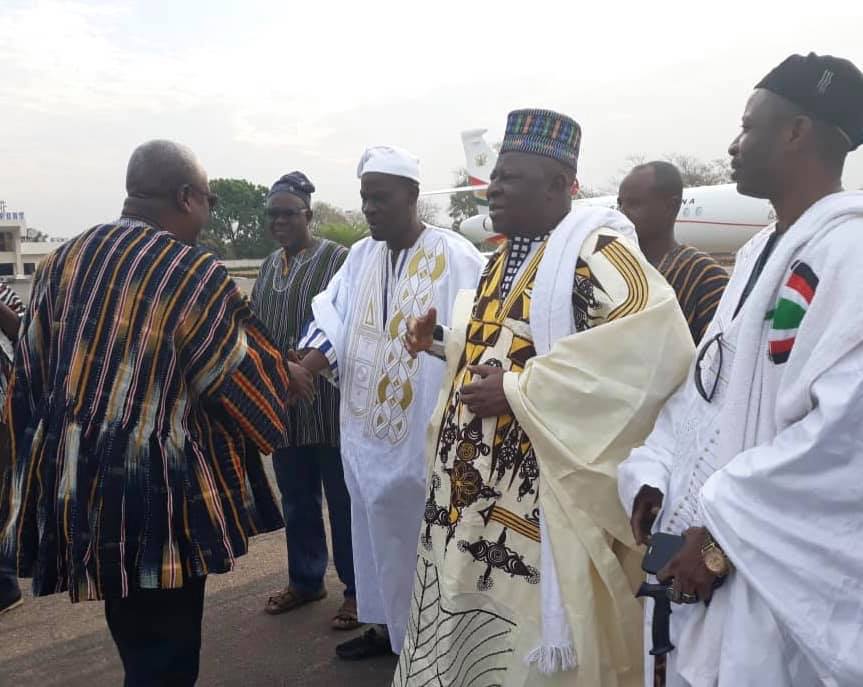 Former President John Dramani Mahama is among the dignitaries who have arrived in Tamale en route to Yendi to witness the coronation of the new overlord of Dagbon, Yaa-Naa Aburi Mahama II.

The investiture of the overlord is expected to bring to an end the protracted chieftaincy dispute which has robbed the people of Dagbon of peace for nearly two decades.

Following the killing of the late Yaa Naa Yakubu Andani II in 2002, a committee of eminent kings headed by the Asantehene was set-up to help find a solution to the crisis by former president John Agyekum Kufuor. 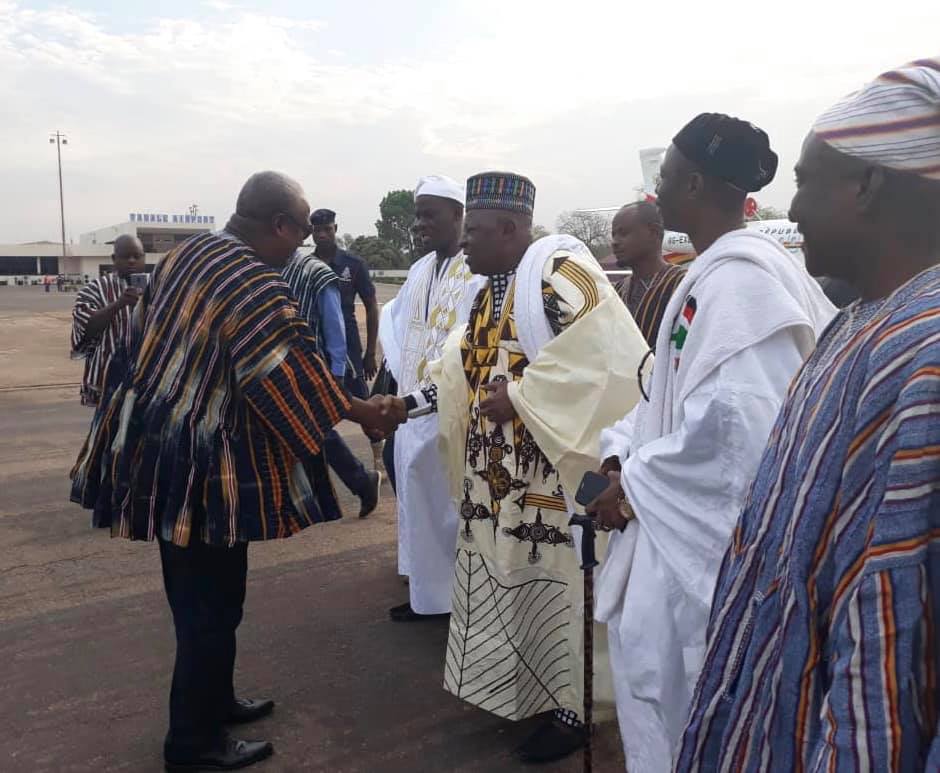 At the 2015 celebration of the Damba festival in Yendi, John Mahama vowed to ensure that lasting peace returned to the area.

“I spoke to the Otumfuo and I know that he has called several of the chiefs and conferred with them and I am sure that soon we are going to see a breakthrough and movement towards celebrating the funerals of our departed fathers, the Yaa-Naas and from then move on to ensure that we have a succession that will be acceptable to all of us.”

Three years later, under the Akufo-Addo government, peace has returned to Dagbon with a new Yaa-Naa chosen and the funeral rites of the two late Yaa-Naas done.

John Mahama, who has earlier lauded the Otumfuo Committee of Eminent Chiefs for working tirelessly towards peace in Dagbon, said he was optimistic about a great show of culture and tradition at Dagbon during the coronation of the new Yaa-Naa.

“I will be joining my Dagbang brothers and sisters in Yendi for the coronation of our new Yaa-Naa, Abukari II, this morning.

Dagbang will today showcase the rich tradition and culture of our people,” he said.

Former President John Dramani Mahama earlier expressed his excitement over the peace that has finally been restored at Dagbon following the people’s acceptance of the new Ya-Naa, the Savelugu Naa, Abukari Mahama.

According to him, this is an effort by successive governments worth celebrating after years of the protracted disputes.

‘So happy for this day, and we should be eternally grateful to Allah that Dagbon has finally seen peace.’

“After many years of hard work, negotiations, long meetings, disagreements, traditional considerations and agreements, we celebrate the efforts of successive governments for this day” he posted on Facebook.

Theatre at Centre for National Culture in K’dua commissioned

Theatre at Centre for National Culture in K'dua commissioned