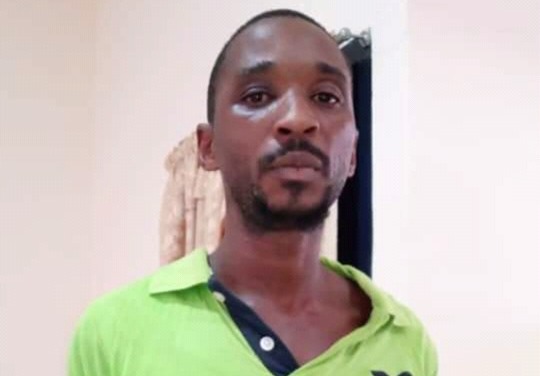 A 28-year old Nigerian, suspected to be behind the recent kidnappings of three teenage girls around the Sekondi-Takoradi Metropolis in the Western Region, Samuel Udoetuk Wills, has escaped from his cell.

The incident according to the police occurred on December 30, 2018 around 4:00pm.

The Public Relations Officer of the Western Regional Police Command, DSP Olivia Adiku, confirmed the jailbreak to Citi News and assured that investigations have begun.

“It happened on 30th December. According to what we are told, he cut the ventilation iron rods with an implement, so those on duty at the time are being investigated,”  she added.

But Nana Adjoa Quayson, sister of Ruth Quayson, an 18-year-old lady who was allegedly kidnapped by the suspect, is unhappy with the turn of events.

In a Citi News interview, she demanded sanctions for the officers on duty when the suspect escaped.

“She was kidnapped on 4th December 2018. The Police was able to arrest the suspect, but we’ve been told that one of the police officers allowed the suspect to escape. So as at now, we don’t know where my sister is.”

Nana Adjoa Quayson also said two other parents have confirmed that the suspect kidnapped their children too.

“Currently, others have also come to complain that the same suspect had kidnapped their daughter. So if you allow the suspect to escape what are they trying to say?” she quizzed.

The three suspected kidnap cases happened between October and December 2018. The suspect was arrested between Kansawurodo and Nkroful near Sekondi.

This is not the first time a jailbreak has been recorded in Ghana.

In January 2018, some seven robbers escaped from their cell at Kwabenya in Accra.

In the process, they killed a police officer who was on duty at the time. There have been several other jailbreak stories across the country.

‘God will turn Ghana’s captivity around’ in 2019 – Eastwood Anaba