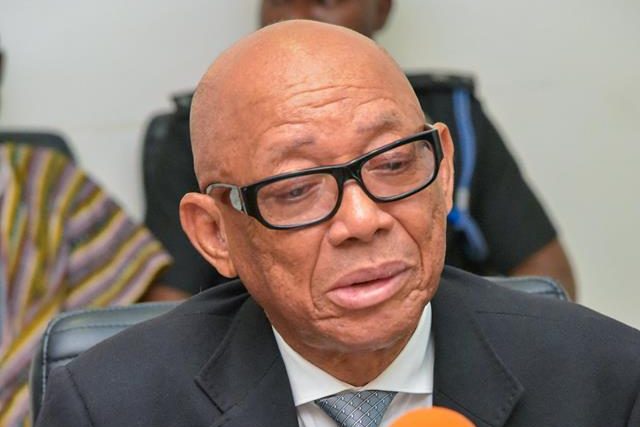 Justice Emile Short is the Chairman of the Commission

The Commission of Inquiry investigating the Ayawaso West Wuogon by-election violence will hold its first public hearing today, Thursday, at the Christiansborg castle at Osu in Accra.

These public hearings will be opened to the public from 10:00 am.

The Commission has requested members of the public wishing to submit information, statements, or other relevant materials can do so through their secretariat.

The Chairman of the Commission is Justice Emile Short.

It has former Dean of the Faculty of Law of GIMPA and private legal practitioner, Mr. Ernest Kofi Abotsi as its Secretary.

Henrietta Mensah Bonsu and Patrick K. Acheampong were also appointed as members of the Commission.

The commission has been given one month to complete its work.

These hearings are likely to be without the cooperation of the Minority Caucus in Parliament and the National Democratic Congress (NDC) which intend to boycott proceedings despite being at the centre of the violence.

The NDC was compelled to withdraw from the election and has said the confusion during the by-election was borne of state-sponsored violence.

General Secretary of the NDC, Johnson Asiedu Nketia remarked that the commission was only a ploy to protect perpetrators of the violence.

“I am surprised and even confused because there is a procedure for the setting up of a Commission of Inquiry, which procedure has not been followed at all. This Commission of Inquiry has been flawed at birth, so I want to believe it is a smoke screen move which the president is using to protect its own appointees.”

Though it is boycotting the commission, the Minority stressed that it will pursue its own avenues in search of justice.

The caucus is concerned that no arrests have been made so far despite video evidence of brutalities from security personnel.

“We all know what happens when Commissions of Inquiries are set up. The main usefulness of a Commission of Inquiry is to bring out the facts and put in place measures to ensure that such a thing does not happen again but it is not the most convenient way for sanctioning criminal conduct.”