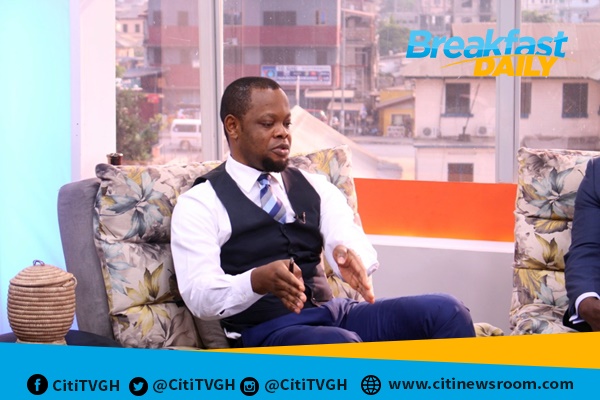 Private legal Practitioner, Justice Srem Sai believes attempts to get the National Chairman of the National Democratic Congress (NDC), Samuel Ofosu Ampofo, punished over a leaked tape as a way of showing the country’s commitment to ending the activities of militias groups is just a facade.

The NDC National Chairman, Samuel Ofosu has come under attack over a recording in which he is heard making some explosive comments.

[contextly_sidebar id=”pnbuOidxNK7MKsmG982PkXf4YYoq1gmc”]In the audio, Mr. Ofosu Ampofo who has already been invited by the Criminal Investigations Department (CID) for questioning is heard outlining plans to fight vigilante groups aligned to the governing New Patriotic Party ahead of the 2020 elections.

But, speaking on Eyewitness News, Justice Sai said taking any action against the NDC Chair will in no way curtail the menace of vigilantism because it does not tackle the root cause of the political vigilantism in any way.

“How will this Ampofo tape resolve the issue of vigilantism? Those who are outraged by the tape are proposing that he should be arrested or prosecuted. When this happens, the outcome will be that he will be imprisoned or fined. The other aspect is that, if he is not found guilty, he will be left off. Will any of these options solve the issue of vigilantism and make our law enforcement systems stronger? Whether he is jailed or not will not solve this problem,” he said.

He further said some security threats in the country have not been severely dealt with despite the copious evidence available to the security agencies.

“We should stop to pretend that this is a major issue that is going to solve vigilantism. This is not going to solve anyone’s problems in this country…I think we should focus on the primary issue. If we will pretend and think that we have an effective law system which will find anyone who is hiding somewhere planning evil and the tape will leak and we will use that tape to prosecute people and we think that this is the effective justice system we are running, then it is up to us,” he stated.

Justice Sai also expressed worry saying the whole issue is being escalated at a time when there are clear of pieces of evidence of the incompetence of security agencies paving way for what he said is a ‘weak and unfair security system’, hence prosecuting Mr. Ampofo will only confirm the country’ s lack of focus.

“As a matter of fact, prosecuting him will prove that our security system is unfair and weak. We are missing the point, because we are not addressing the cause of this social canker which will collapse this country. If we fail to understand that we need to reorganise our security system and put it at optimum level, people will feel the system is broken.”

The Criminal Investigation Department invited Mr. Ampofo over the matter on Wednesday.

The invitation, according to the CID, is for him to assist the police with its investigations because his comments in the tape have some ‘security implications’.

“The Criminal Investigation Department of the Ghana Police Service has intercepted an audio message circulating in both traditional and social media on Wednesday 27th February 2019, in which you are alleged to have made some comments that have some security implications,” a CID statement said.

The New Patriotic Party (NPP) had called for the resignation of Samuel Ofosu Ampofo.

The NPP’s Communication Director, Yaw Buaben Asamoa said the party is working with the police to investigate the issues raised in the tape.

But the National Democratic Congress (NDC) has dismissed the leaked audio attributed to their Chairman.

According to the party, the tape was doctored by the opposition New Patriotic Party (NPP) to divert attention from the upcoming investigative documentary by Anas Aremeyaw Anas that exposes some corrupt government officials.

Nursing trainees’ allowance will be cleared in March – Minister promises