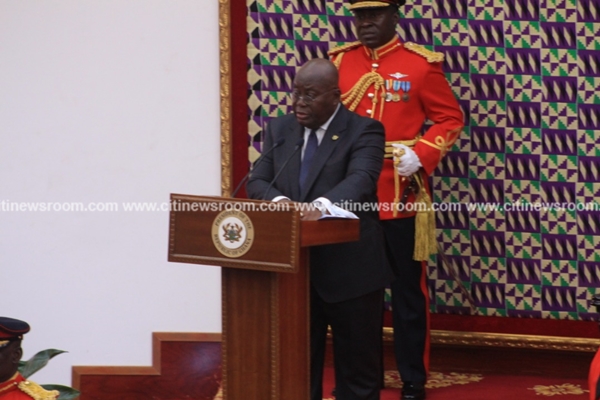 President Akufo-Addo has added his voice to calls by various civil society groups and international agencies for the two major political parties in the country to disband their vigilante groups.

Delivering his 2019 State of the Nation Address in Parliament, he said he had instructed the leadership of the New Patriotic Party (NPP) which he belongs to, to extend an invitation to the opposition National Democratic Congress (NDC) to discuss how to disband their respective vigilante groups.

Akufo-Addo said the phenomenon of political vigilantism has the potential of destabilizing the country and reversing the democratic gains the country has made over the years.

“I have asked the leadership of the NPP to extend an invitation to the leadership of the NDC for such a meeting. The security services of the country will be on standby to assist this meeting… If voluntary disbandment by the parties is not feasible, then I will initiate legislation on the matter. Vigorous debate and the exchange of ideas should be the true basis of political dialogue and competition in our country, not the activities of party vigilante groups,” he added.