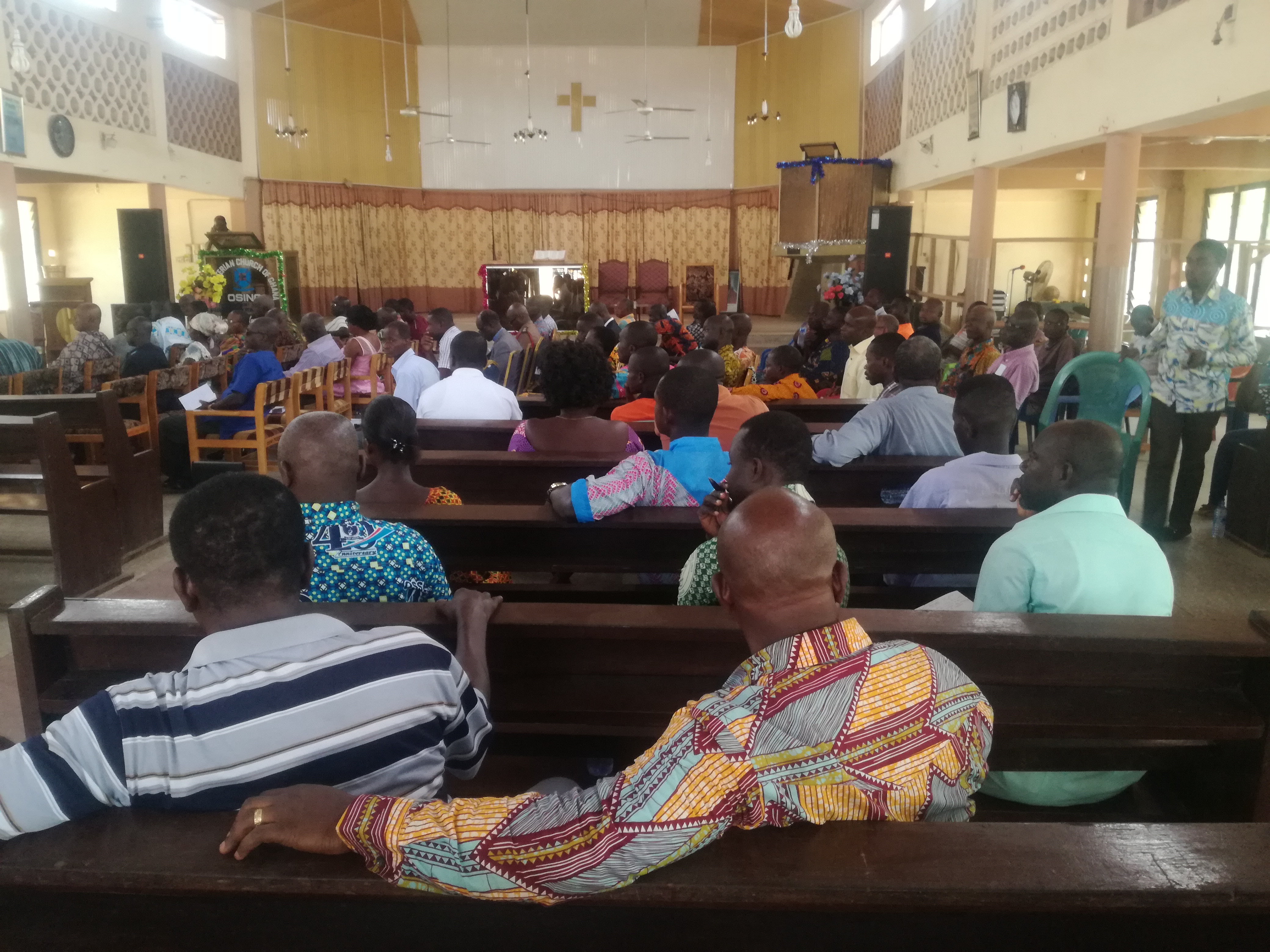 Residents in the Fanteakwa South District of the Eastern Region have raised red flags in connection with the influx of foreigners in various communities in the district.

According to them the foreigners believed to be from some francophone countries are actively engaging in illegal small scale mining.

Over 50 of these foreigners from Senegal, Guinea, Mali and Togo are currently residing in communities within Fanteakwa South District, a land rich with gold deposits.

The residents, who say they are living in fear, are calling on government to intervene and restore calm in the district to help them go about their normal duties.

This was made by community members at their first town hall meeting this year, 2019.

At the meeting which was held at the Osino Presbyterian Church, the residents claimed the foreigners actively undertake such illegal activities at Asaman Tamfoa, Gyase, Ankaase, Saaman and Osino.

They added that the foreigners have a device which notifies them about the presence of gold at a particular place. 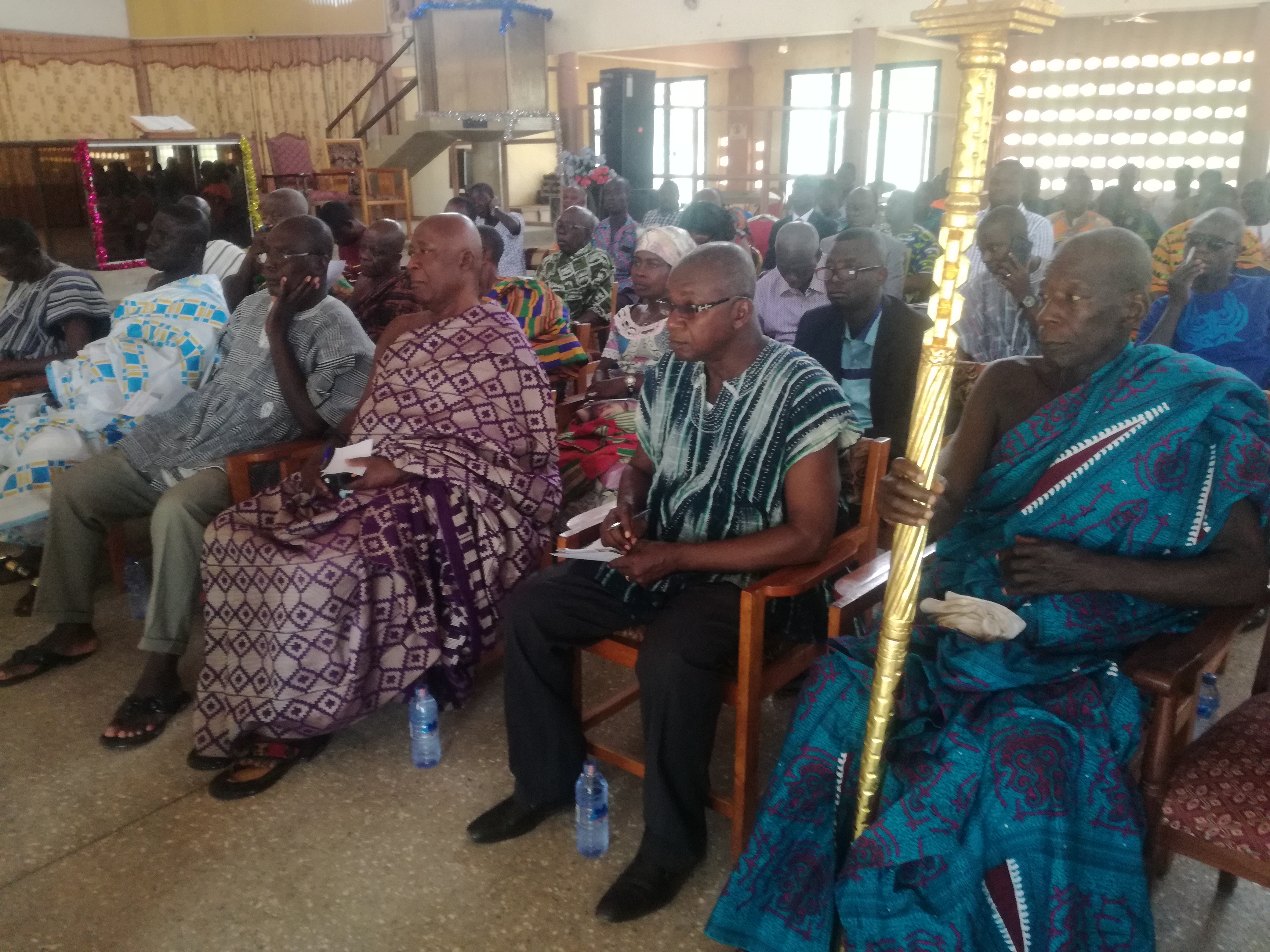 According to the residents, their farms and other viable lands have been taken over by these foreigners thus posing a threat to their livelihoods as attempts to evict them from their farms have proved futile.

Kofi Amening, a farmer and a victim of the activities of the illegal miners said: “I cultivated cocoa, cocoyam and sugar cane. A large portion of my cocoa plantation has been destroyed by these illegal miners. I have not met them in person on my land but anytime I go to my farm I see dotted portions of the farm that has been mined and this is affecting my business.”

Illegal mining may not be the only activity the foreigners are engaging in.

According to Kofi Amening, they are also introducing the kids in the community to drugs.

“You will be shocked to know that these guys are not only doing illegal mining but they are also influencing our kids negatively. Just yesterday a child entered a spot demanding that he wanted to buy something. When asked, he said one of the foreigners asked him to go and get him weed and gave him Ghc 3.00. When I followed the boy he led me straight to one of the foreigners who sent the small boy,” Amening added.

Adu Antwi Robinson, the Assembly Member of Osino Ofoase Nkatea electoral area complained to Citi News about the influx of the foreigners in the area.

“Of late we have seen a number of foreigners coming into our communities here in Fanteakwa. They have a machine which is able to detect gold. So they go into farms and wherever the machine indicates there’s gold they mine that area. They uproot the crops, destroy the farm produce.”

According to Adu Antwi Robinson the activities of the miners have become a burden to community members.

He told Citi News how the foreigners are threatening to kill farmers who prevent them from carrying out their illegalities.

The District Chief Executive Officer Ntori Agyabeng and the Chairman of the District Security Council (DISEC) for Fanteakwa South in a Citi News Interview indicated that his attention had been drawn to it and he has already informed the BNI about the development which he believes needs immediate action.

“Yes I was informed a week ago and as soon as I got that information, I quickly called the BNI Officer at Begoro to come and check it out,” he added.