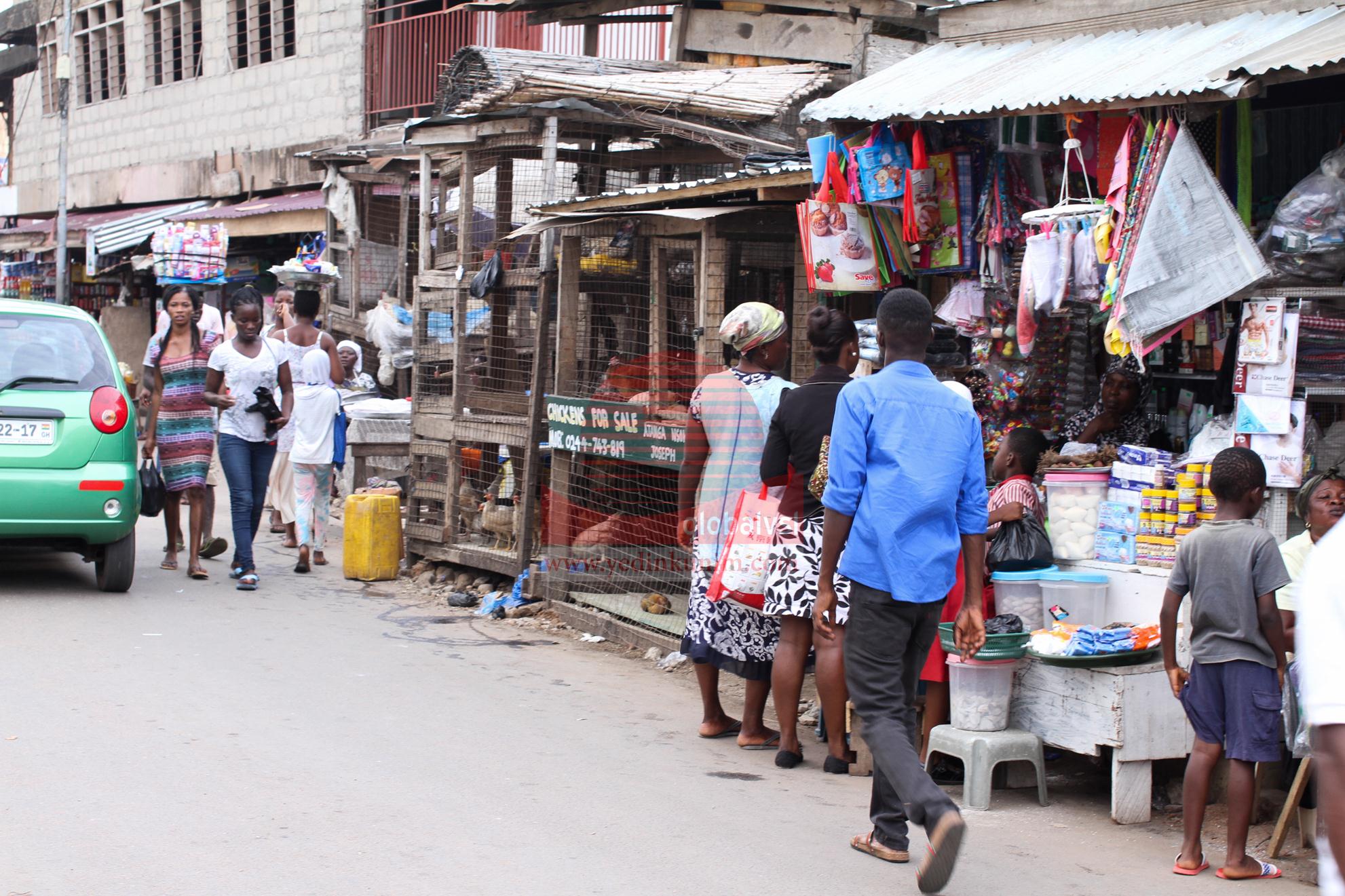 The Independence Day celebration scheduled to take place at the Fadama Cluster of Schools Park at Fadama in the Okaikwei North Municipality has been suspended.

This is over some “simmering youth tensions” that led to the death of one person, according to the Municipal Assembly.

Some youth groups of Fadama and Abeka clashed on Friday leading to further injuries and the destruction of property.

“The Municipal Security Council finds the venue for the celebrations unsafe as it is within the same vicinity that the youth groups clashed,” a statement from the Okaikwei North Municipal Assembly said.

The assembly said it “regrets any inconvenience this would cause to the general public especially the people of the Okaikwei North Municipality.”

Below is the full statement from the Okaikwei North Municipal Assembly: 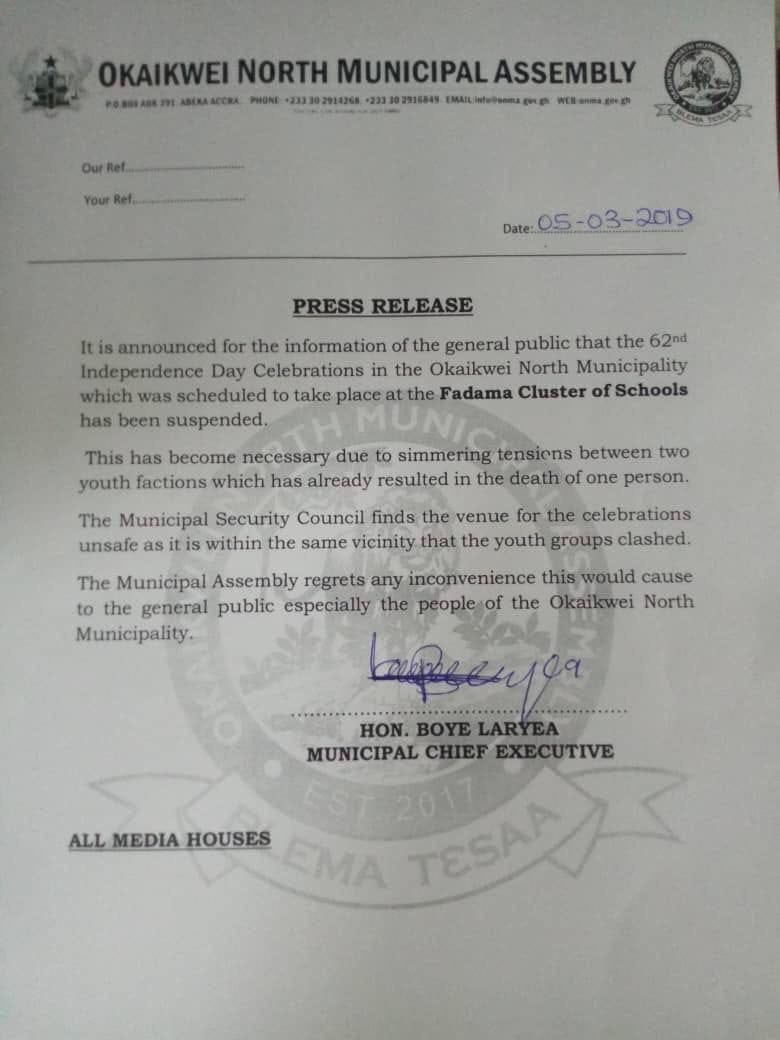