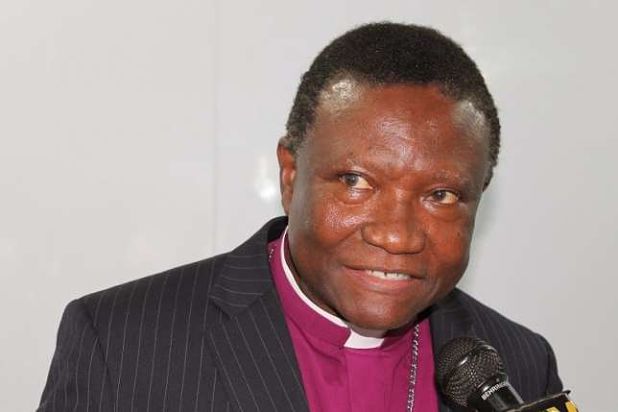 The National Peace Council has expressed readiness to assist the two main political parties to hold fruitful talks in their quest to nip the activities of militia groups in the bud.

This follows a letter by the National Democratic Congress (NDC) to the President, requesting for a third party like the National Peace Council and other civil society groups to mediate the dialogue between the parties.

In response, the Council said it will give the requisite support needed to bring vigilantism to an end in the country.

“The National Peace Council wants to assure you that it stands prepared to provide the necessary assistance and facilitation should the parties agree to the call for the Council to facilitate mediation”, the council noted in a statement.

The Peace Council says it appreciates the recognition given it by the party as it falls in line with its role of resolving conflicts that have the tendency of destabilizing peace in the country.

“The Council acknowledges your letter with gratitude for recognizing the role that the Council could play in finding solution to the worrying issue of violent political vigilantism in our national politics.”

“The call on the Council to mediate in the matter falls within the mandate of the Council which states in section two (2) of Act 818 thus ‘the object of the Council is to facilitate and develop mechanisms for conflict prevention, management, resolution and to build sustainable peace in the country, the statement added.”

President Akufo-Addo has called on the leadership of the NPP, which he belongs to, to extend an invitation to the opposition NDC to discuss how to disband their respective vigilante groups maintain that the phenomenon of political vigilantism could destabilise the country and reverse the democratic gains. 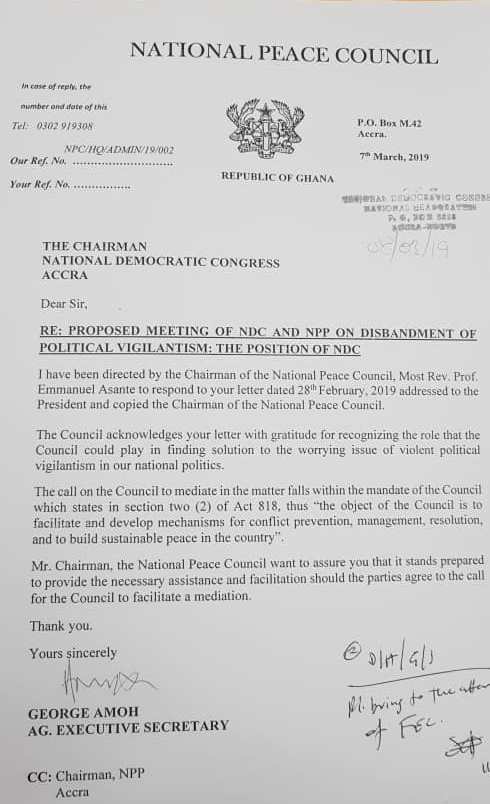 Former President John Dramani Mahama has said the National Democratic Congress (NDC) is willing to attend a bi-partisan meeting which will ostensibly seek to end political vigilantism in the country.

The former President said the NDC will ensure that objectives of the discussions at the meeting which will be held with the New Patriotic Party (NPP) are “upheld.”

“We have written a letter to the President and we say that the National Peace Council is the best organization to preside over the talks on disbanding vigilantism. NDC is going into that conference in good faith,” said the former President

President Nana Akufo-Addo is, however, among other things, dismayed by the conditions the National Democratic Congress (NDC) has set for a meeting with the New Patriotic Party (NPP) to end political violence and vigilantism.

President said he saw “little basis” for some of the requests in his response to the NDC.