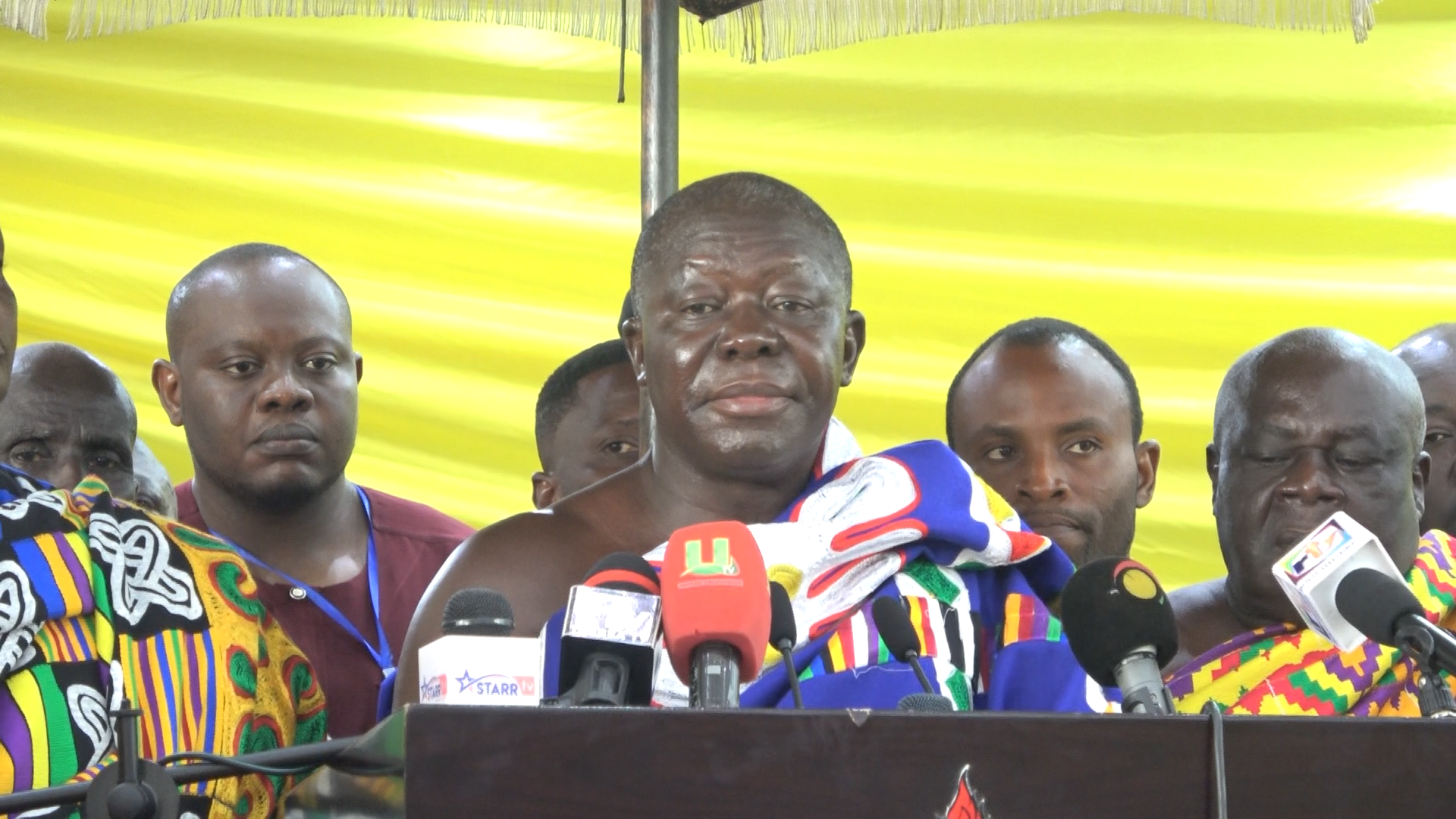 The Manhyia Palace is set to host a grand durbar on Sunday to mark Akwasidee Keseɛ as part of Otumfuo Osei Tutu II’s 20th Anniversary.

The Asantehene ascended the Asante throne in 1999.

He has been celebrating his 20th Anniverssary as the overlord of Asante with a series of activities.

Speaking to the media, the Chief of Staff of the Manhyia Palace, Kofi Badu disclosed that the Asantehene has called on his sub-chiefs to use the occasion to assess his 20-year reign.

The Asantehene has also designed a 10-year development plan which is aimed at industrializing the local economy to create more jobs.

The 10-year development plan according to Chief of Amoaman, Nana Agyenim Boateng, will help transform the Ashanti region.

According to senior staff at the Manhyia Palace, Lawrence Kwasi Prempeh, they are expecting a huge turn out as President Akufo-Addo has accepted to be the guest of honour for the grand durbar, Akwasidee Keseɛ.

He indicated that former Presidents, John Dramani Mahama, John Agyekum Kufuor, Jerry John Rawlings and other dignitaries are expected to grace the occasion.

“The President of the Republic has accepted to be the special guest of honour. In addition to it, we have also invited all former heads of state in Ghana. Certain Foreign dignitaries including heads of state and monarchs in other countries have also been invited. So we expect a massive turnout”.

Mr. Lawrence Kwasi Prempeh also disclosed that President Akufo-Addo will be organizing a state banquet for Otumfuo Osei Tutu II for the role he played in resolving the protracted Dagbon conflict.

The Kwame Nkrumah University of Science and Technology, KNUST set this week aside to honour the Asantehene as part of the 20th Anniverssary celebration.

The week-long activity dubbed “Technology and Innovation Week” saw several inventions by students and lecturers of the University, which the Otumfuo who’s also the Chancellor of the University inspected.

The Asantehene was impressed with the projects and called for government support towards such projects.

The ban on funerals in the region is expected to be lifted on Monday, 29th April, 2019. The Otumfuo would be celebrating his 69th Birthday on 6th May.