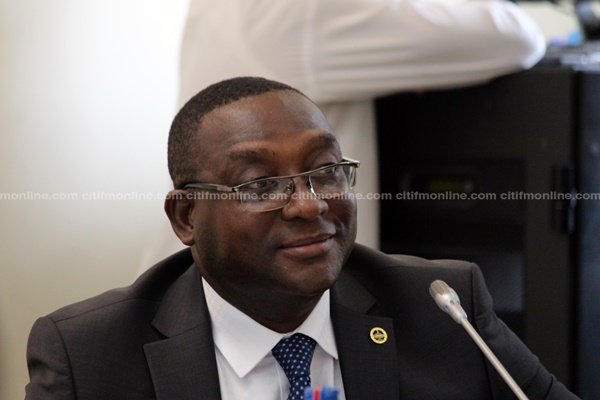 The Director of Communications of the New Patriotic Party (NPP), Yaw Buabeng Asamoah is threatening a halt in the ongoing discussions on political vigilantism if the General Secretary of the National Democratic Congress (NDC), Johnson Asiedu Nketia, continues to act in bad faith.

He contends that the decision of the latter to put a spin on talks that were held behind closed doors in the public domain was in breach of the rules of engagement.

On Tuesday, the two parties met for the first time to begin a dialogue on ending political vigilantism under the guidance of the National Peace Council.

According to Mr. Buaben Asamoah, the NDC is deliberately acting in a manner that will hamper the success of the dialogue.

“We heard that the General Secretary of the NDC has been on several media outlets, purporting to say the things that happened in the room during the nearly five hours of talk. That is totally below the belt because it goes against the rules of engagement.

“We were told that we were going to communicate singularly through the communiqué and it was signed by the two Chairmen and signed by no less an eminent person than Nana Professor S.K.B Asante who chaired for the day. If we wanted to have the meeting in a market place, all the media were there. We would have them in the room… How can an eminent politician like Asiedu Nketia go round saying things that indeed I can just say is an interpretation of his own facts. I will not breach the trust except to say that if he continues that way, he will break the trust.”

The National Secretary of the National Democratic Congress (NDC) Asiedu Nketia had expressed disappointment in the outcome of the first day of the dialogue on vigilantism mediated by the National Peace Council.

Speaking on Eyewitness News on Tuesday, he said his expectations were not met because the NPP and NDC could not agree on the scope of discussion.

“Generally, the summary of my impression is that I was disappointed about the outcome of the meeting. My expectation going into the meeting was that it was going to deal with the scope of the discussion i.e, what type of vigilantism are we talking about, and what can we discuss as part of the national dialogue.”

The NPP and the NDC among others agreed to stop the ownership, hiring and the utilization of vigilante and militia groups by political members.

The chairman of the meeting, Prof. SKB Asante told the media that: “After an open and exhaustive deliberation, the parties agreed that vigilantism is inimical to Ghana’s system and must be eradicated.”

The National Peace Council invited both parties for the meeting following the President’s call for them to meet and resolve the issue of political party vigilantism in the country.

The meeting, which took place at the Central Hotel aimed at offering an opportunity for the two factions to table a number of proposals for disbanding vigilante groups.

University of Ghana should be renamed after my father - Busia's daughter