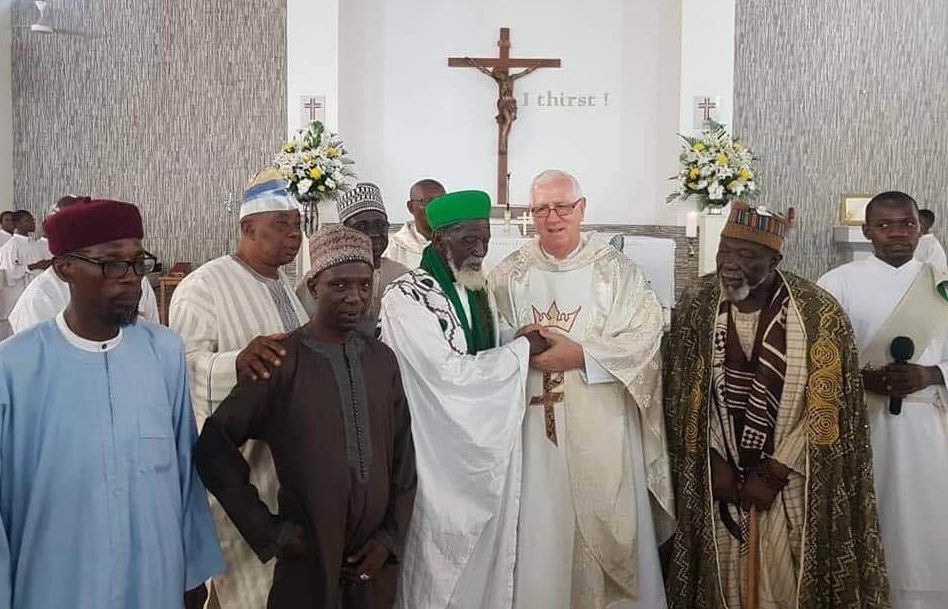 The National Chief Imam, Sheikh Osman Nuhu Sharubutu on Sunday joined congregants of the Christ the King Church in Accra in worship.

The Chief Imam was received on arrival by the Parish Priest, Rev. Father Andrew Campbell.

Many social media users who spotted the Chief Imam at the Church said the move is a great effort towards religious tolerance and peaceful coexistence in the country. 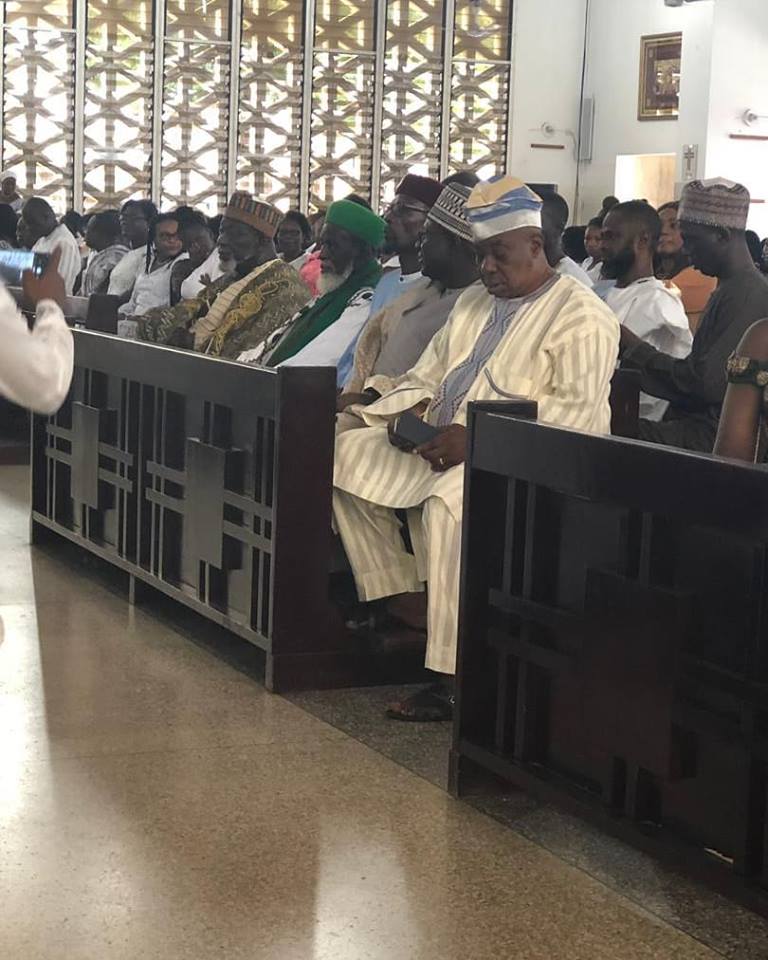 Fears had been entertained over the tolerance of various religious groups in the country after some Muslim youth vandalized property belonging to the Odorkor branch of Glorious Word Power Ministries after the church’s leader, Rev. Owusu Bempah who prophesied the death of the Chief Imam.

The Chief Imam later called the youth to order and urged calm among them.

Owusu Bempah subsequently visited the Chief Imam to apologize for the public prophesy. 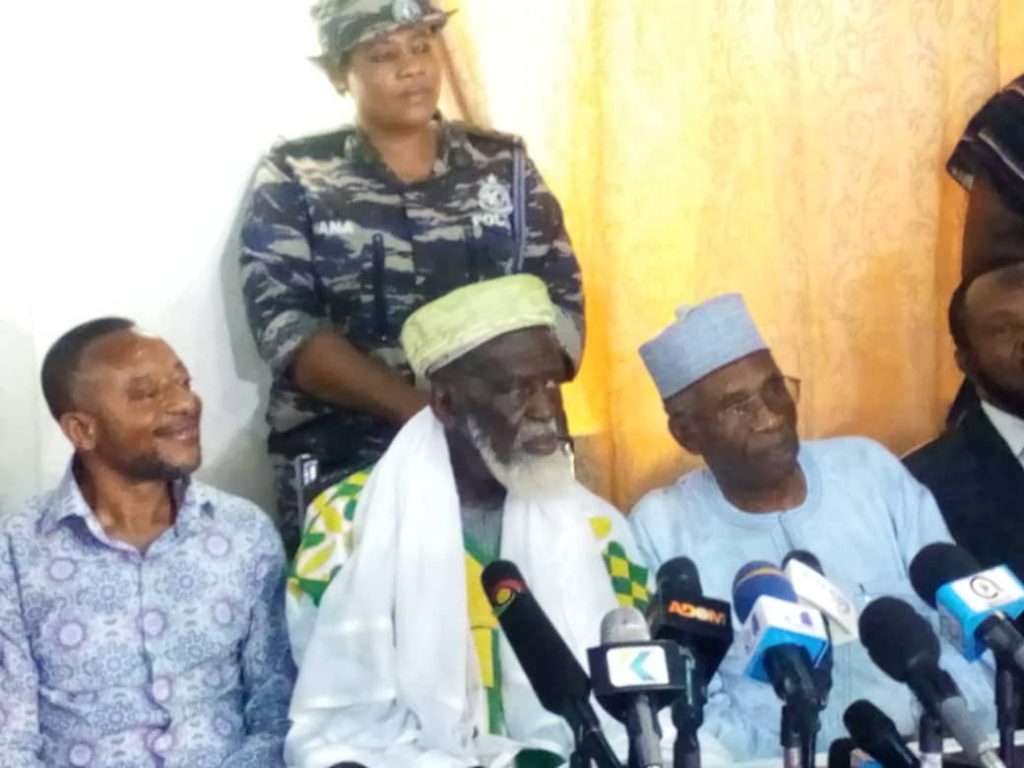 Officials of the police and other religious leaders also called on the Chief Imam to seek his assistance in urging calm among the Muslim youth and also commend him for his role in ensuring peace in the country.

Several activities have been lined up to mark the Chief Imam’s centenary celebration.

Last Friday, The Chief Imam was joined by the Vice President, Dr. Bawumia for the Jummah Prayers which marked the commencement of activities to celebrate the milestone. 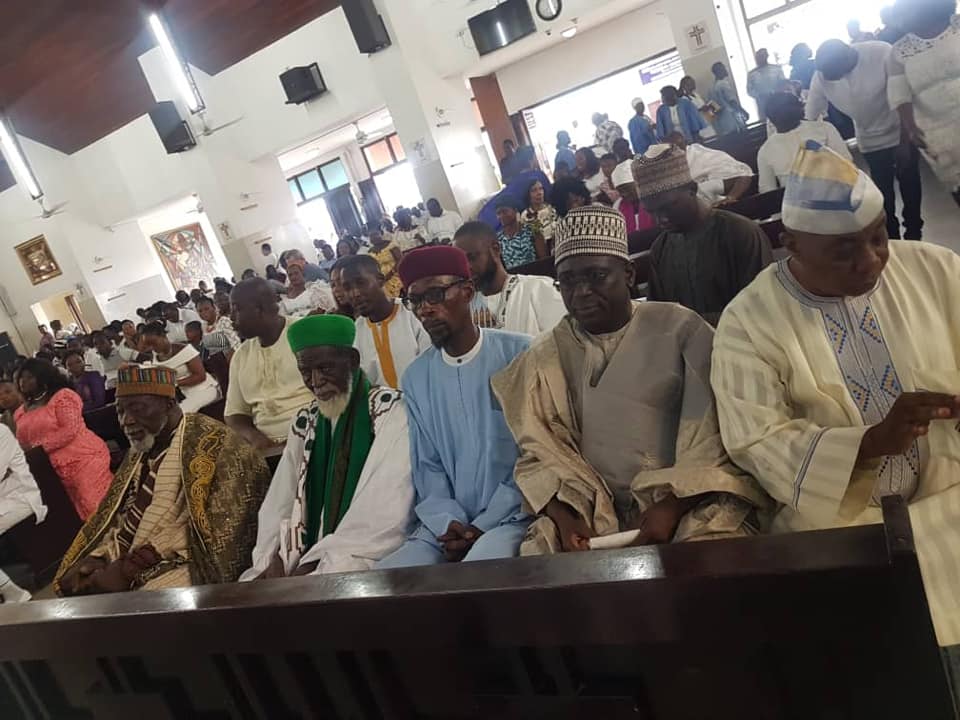 The special Thanksgiving prayer was to express appreciation to Allah for the blessings bestowed on the Chief Imam.

Sheikh Osman Sharubutu prayed for the peace and prosperity of the nation and asked Allah to grant the leadership of the nation more wisdom and understanding, to administer the affairs of the country.

Vice President Bawumia also thanked Allah for granting the Chief Imam long life, good health and wisdom so that the nation would continue to enjoy his good counsel.

On Tuesday, April 23, a public lecture would be held to honour the Chief Imam, which would be delivered by Dr Mohammed Ibn Chambas, the United Nations General Secretary’s Special Representative for West Africa and the Sahel.

It will be held on the theme: “Advancement of Modern Ghanaian Society through Peace, Tolerance and Development.”