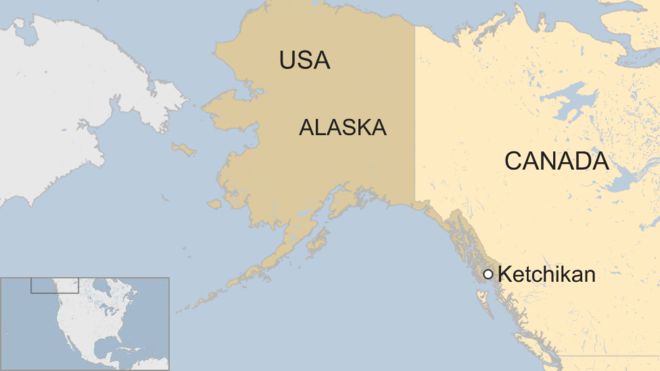 Two seaplanes carrying sightseers have collided in south-eastern Alaska, with at least four people dead and two missing, the US Coast Guard says.

One plane was carrying 11 people when it hit the other, which had five people aboard, near Ketchikan, the Associated Press reports.

Ten of those aboard the first plane survived and were taken to hospital.

Three of those killed were aboard the other aircraft, while it is unclear which plane carried the fourth victim.

Investigators from the National Transportation Safety Board in Washington DC are expected to arrive in Ketchikan later on Tuesday.

Both planes were from the same cruise ship, the Royal Princess.

The incident occurred in the vicinity of a popular tourist lodge that runs excursions to the nearby Misty Fjords National Monument.