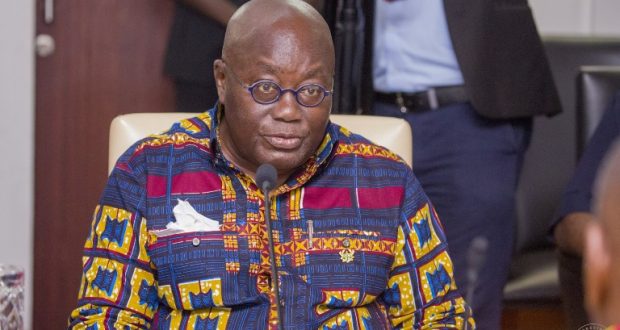 The African continental free trade agreement seeks to expand intra African trade by creating a single continental market for goods and services, with free movement of business persons and investments.

Speaking to the Ghanaian community in France last night, President Akufo Addo argued that most of Africa’s trade is with the European and American markets to the detriment of Africa.

He believes the continent can contribute to improving its Gross Domestic Products (GDP) when there is increased intra-continental trade.

President Nana Akufo-Addo was of the view that Africa has to ‘find a way to develop’ the continent on its own without depending on the Western world.

He mentioned that Africa has the smallest intra trade activities as compared to Europe and Asia.

“We have to find a way of developing the continent ourselves. We can’t continue to depend on outsiders to build Africa for us… We have to increase considerably the trade amongst ourselves, the 28 member states of the European states, intra European trade accounts for 70% of the collective GDP and all the activities of the European union are basically among themselves and the relationship with the world outside Europe is relatively small.”  President Nana Akufo-Addo said.

The President further argued that the continuous over-reliance on foreign business by Africans is at the detriment of similar African businesses.

“The same figures are in Asia, but when it comes to Africa, the figure is 15% all our trade is with the world outside and a small proportion is within ourselves. If you are buying European goods, you are creating jobs for European workers and European enterprises.”

An independent non-profit international research and advocacy organization, Third World Network Africa has charged the government to focus on building a strong negotiation position, in order to benefit from the African Continental Free Trade Agreement (AfCFTA).

Speaking to Citi News about the ramifications of hosting the secretariat, Coordinator of the Third World Network Africa, Dr. Yao Graham said, Ghana risks being known only as a host for the secretariat if it fails to develop a position that benefits local businesses ahead of the full implementation of the AfCFTA.

He explained that “If we are going to benefit from the AfCFTA, it is a lot of work, a lot of consultation, and a lot of research. It becomes more imperative that we think seriously the challenges posed by the organization of the AfCFTA and prepare benefits from it or to protect ourselves against the challenges that the AfCFTA poses.”

Ghana was over the weekend selected as the host country for the secretariat of the world’s largest free trade area since the formation of the World Trade Organisation.

Expected to start operations by March 2020, it will cover a market of 1.2 billion people, with a combined gross domestic product (GDP) of $2.5 trillion, across the 54 Member States of the African Union that have signed up to the Agreement.